Waterford hang on to beat Bohemians 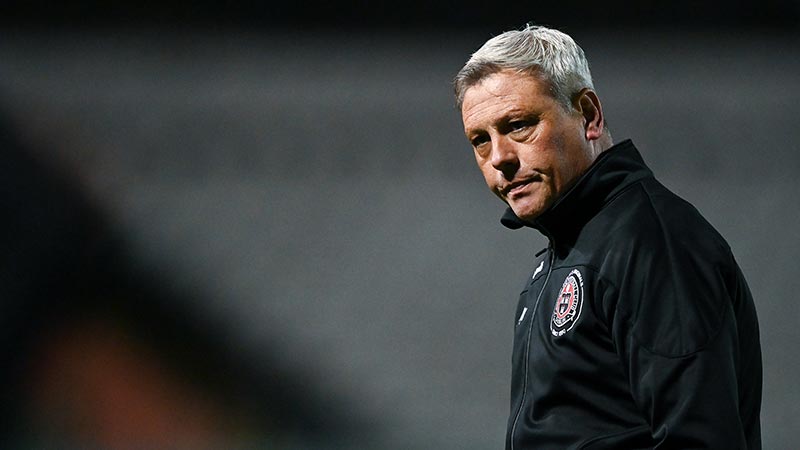 Waterford got some measure of revenge in their second game against Bohemians in four days, as they defeated the Gypsies 2-1 at Dalymount Park this evening.

Despite some lethargic play and slow spells in the first-half, Georgie Kelly opened the scoring just before the break. He rounded Paul Martin and slotted into the gaping net.

The Blues took their chances though, as a throw in from Greg Halford led to a double save from James Talbot, before John Martin stabbed home.

The visitors completed the comeback with a break down the left. This allowed Phoenix Patterson to play in Anthony Wordsworth, who grabbed the winner.

Bohs threatened early on, even though the visitors tried to control possession and build up carefully from defence. Kelly saw a left-footed effort curl just past the post after Promise Omochere burned past his marker and played a low cross.

With the Dalymount crowd dying down, the Gypsies decided to inject some energy into the atmosphere. Seconds after blasting an ambitious effort well over the bar, Dawson Devoy controlled the ball in midfield. He spied a curved run from Kelly, and met it perfectly. There was no doubt as the League of Ireland’s top scorer calmly knocked the ball away from Martin and then into the net.

Marc Bircham needed to get his players fired up for the second half after their flat display. His words seemingly worked as the visitors levelled the scores after 50 minutes.

Experienced centre-half Halford took a short throw-in. A cross into the Bohs box caused havoc. James Talbot threw himself at two Blues shots in a fantastic effort, but John Martin pounced on the loose ball and tapped over the line.

With doubt in the Gypsies minds, a defensive error from Rory Feely allowed Patterson down the left. The tricky winger cut the ball across to Wordsworth, who placed his shot past the despairing Talbot.

It’s a disappointing collapse for Keith Long’s men, who looked disjointed after going behind. Their European hopes now lie heavily on winning the FAI Cup final or pushing into the top four places in the table. Bircham and Waterford can be pleased with a good night’s work and a hard fought victory, as well as dragging themselves away from the relegation play-off.