Second half goals key for Rovers 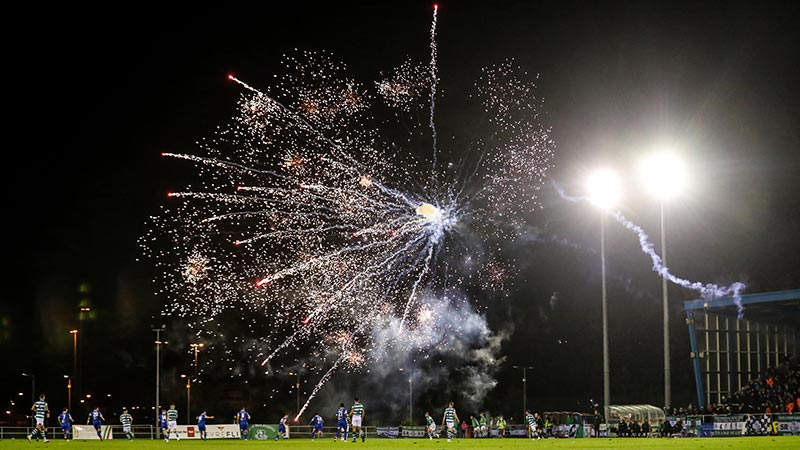 A brace from Danny Mandroiu saw Shamrock Rovers come from behind to record a 3-1 win away to Waterford Utd at the RSC.

John Martin had given the home side the lead in the 12th minute when he took advantage of a mix-up in the Rovers defence to finish Jack Stafford’s cross to the net. Rovers were back on level terms on 70 minutes when Mandroiu headed home Dylan Watts’ corner.

Rovers took the lead six minutes later when a Watts free met the head of Sean Hoare and he made no mistake. Watts was provider for Rovers’ third when he set up Mandroiu for his second goal of the game.

This result, coupled with Finn Harps’ 1-1 draw with neighbours Derry City, sees Waterford drop to 9th in the table. Both sides are on 40 points but Harps have a better goal difference. With just two games left to play the battle to avoid the play-off spot has really heated up.

Aaron Greene should’ve done better in the 10th minute when he picked up possession but his effort went wide of the goal. On 12 minutes the home side took the lead through John Martin.

Minutes later the game was held up for nine minutes as some of the travelling Rovers supporters let off fireworks. When the game resumed it took both teams a while to get back into their stride.

Both sides had half chances. Rovers came close to levelling matters on 41 minutes but Graham Burke brought a fine save out of Blues keeper Brian Murphy.

Rovers began to assert their pressure as the game went on. Greene hit a shot at Murphy on 68 minutes under pressure from Blues defender Greg Halford.

The champions drew level on 70 minutes through their top marksman Mandroiu. It rattled the home side and six minutes later they were caught out by another set piece as Sean Hoare headed them in front.

The Blues tried to grab an equaliser with substitute Junior dragging his effort wide on 79 minutes. Minutes later Eddie Nolan headed over from a Phoenix Patterson free-kick. In the first minute of stoppage time Rovers claimed the win when Mandroiu grabbed his second of the night.