Cork finish season in style with victory over Bray 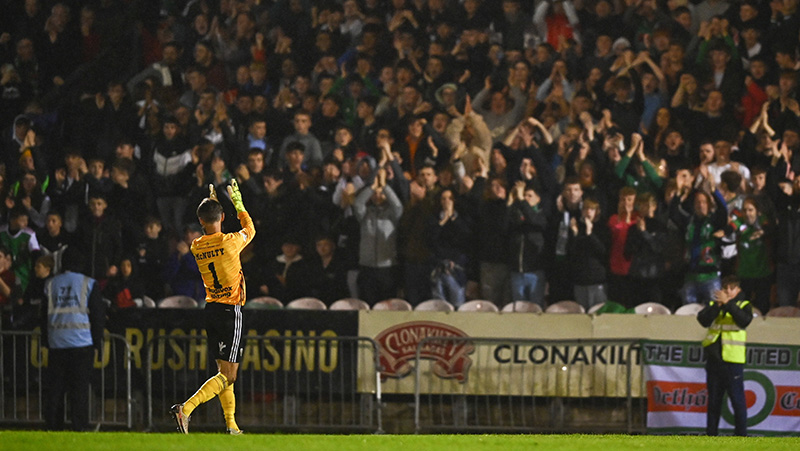 The game also marked Mark McNulty’s last game for Cork City was marked with a presentation to the goalkeeper who has played at the club for 20 years at senior level.

The veteran came off the pitch to a standing ovation in the 25th minute after two decades at the club.
Turning to matters on the pitch, City began brightly through Cian Murphy and Ruairí Keating who both went close to scoring in the opening quarter while Bray also cleared a ball off the line.

That was as exciting as proceedings got in the first half with the game very much taking on the feeling of a dead rubber.

Bray’s only chance of the half was a glorious one when McGlone rounded McNulty but could only find the side netting.

The final chance of the half came through Darragh Crowley who hit the Bray post on the half hour mark.
That chance was as exciting as proceedings got in the first half with the game very much taking on the feeling of a dead rubber.

The second half took time to take off as City rang the changes. Indeed, it was one of the substitutes Dylan McGlade who set up Barry Coffey to tap home to give the champions a 1-0 lead in the 64th minute.

That goal gave City fans and players an extra spurt of energy as they searched for another goal while the party atmosphere kicked into full gear.

Ruairi Keating sealed the victory and a special season for fans on Leeside who can only hope that tonight’s trophy celebrations are a sign of things to come.