Cork grab away win in Bray 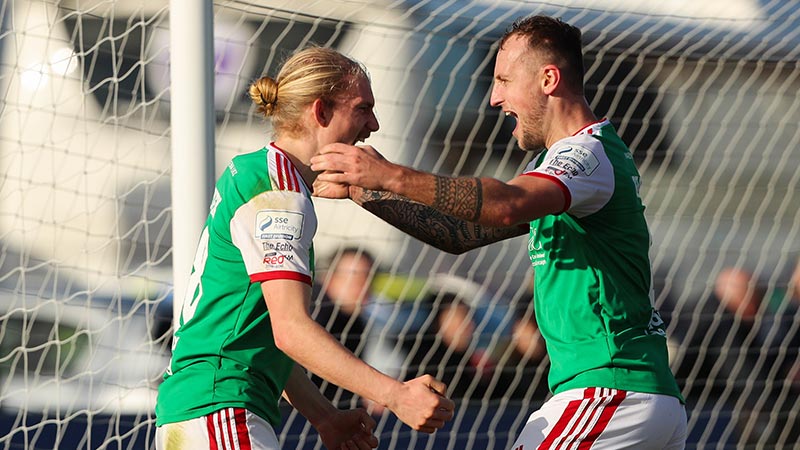 After a period where they found themselves under pressure early on, Cork broke the deadlock through Murphy's fifth goal of the campaign.

The move was orchestrated by Cian Bargary, who spotted him bypassing the Bray backline with an overlapping run before finishing across goal at the near post.

Bray goalkeeper Stephen McGuinness made multiple important stops to keep his side in with a chance of a second-half recovery, particularly from Murphy, while the hosts – to their credit – didn't let their heads drop despite conceding two preventable goals.

It might've been a different game had Ben Feeney done better with his early strike, as the visitors struggled to retain possession. That didn't matter, as they were incisive in transition: Hakkinen profiting from good positioning after Ruairi Keating's sidefooted effort was parried into his path.

The 23-year-old defender couldn't miss from a few yards out to double their advantage and you could be forgiven for thinking that was virtually game over, on the stroke of half-time.

Kurtis Byrne, one of the hosts' second-half subs, missed a great chance to halve the deficit before turning creator as Darragh Lynch's leaping header helped pull a goal back after the hour mark.

It proved a false alarm for Bray though, on an evening they won't remember fondly.

McGuinness' goalkeeping mistake gifted Cork their two-goal cushion back, less than ten minutes later, after he made a hash of an attempted catch from a James Doona cross. Keating couldn't believe his luck and nodded home to make it 3-1.

On 78 minutes, Bray were suddenly down to ten men. Conor Clifford was shown a straight red card after getting physical with Aaron Bolger in an off-the-ball incident, seemingly unhappy with a fierce challenge on him in midfield. That needless sequence rather typified a frustrating evening.

Hakkinen could've completed his brace in the 90th minute, but saw his headed flick-on cannon back off the post from a Cork corner, and thankfully the full-time whistle blew soon after that.

There were some positives to take from a Bray perspective, though it didn't take long to see why these two sides are exactly where they sit in the First Division standings.