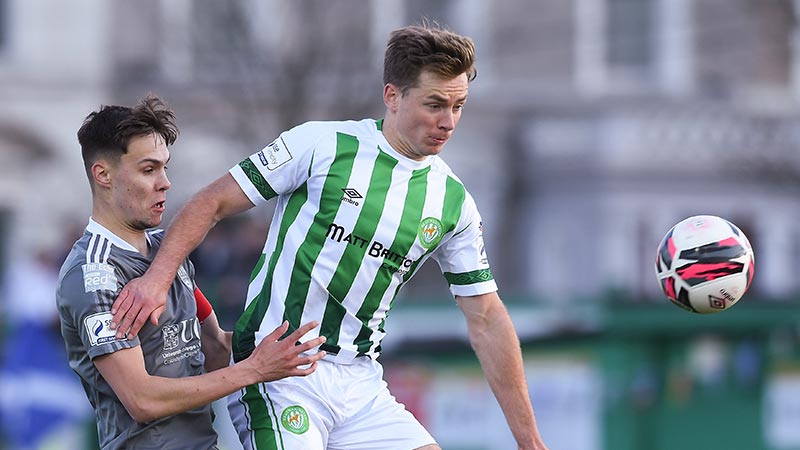 Bray Wanderers made a superb comeback to deliver a 2-2 draw against Cork City at Turners Cross tonight.

A brace from Cian Murphy had the hosts leading 2-0 by the 55th minute; but Wanderers dug deep late on.

Darren Craven grabbed their first goal in the 84th minute.

This was followed up with a decisive 95th minute strike from Andrew Quinn for the visitors; after they looked destined for defeat.

Murphy gave the home side an early lead when the ball was put across the box by Beineon O’Brien-Whitmarsh. All the striker had to do was hit the target and he passed the ball home.

Cork controlled the game for the first 15 minutes and Bray ‘keeper Brian Maher was forced into an excellent save from an O’Brien-Whitmarsh strike after 12 minutes.

It was then Bray’s turn to have a bit of possession and they created a few chances but were denied on a couple of occasions through some great goalkeeping from Mark McNulty.

Both sides had some decent chances but it was easy to see that both ‘keepers were in good form with some wonderful saves being made.

Cork looked the better side going into half-time but Bray had moments when they looked dangerous.

The Rebel Army came out of the traps flying in the second half.

O’Brien-Whitmarsh had a great chance but he failed to connect with the ball properly and his attempted chip was easily dealt with by Maher.

Dylan Barnett was forced into a goal line clearance for Bray in the 54th minute and less than sixty seconds later Cork and Cian Murphy had their second goal.

The ball was looped across the box and landed on Murphy’s head as he nodded it into the net.

Bray gave themselves hope in the 84th minute when Craven rifled the ball in off the underside of the crossbar.

Five minutes of added time gave the away side more hope and their persistence paid off when a botched punch from Mark McNulty landed at the feet of Quinn who drove the ball into the bottom left corner drawing his side level.

A very disappointing result for Cork who looked certain for victory.

But a very impressive comeback for Bray who have now picked up eight points in four games.