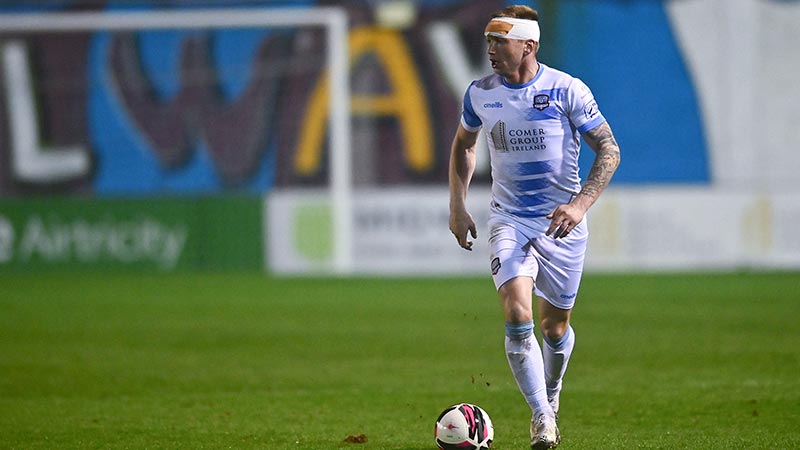 In what was a thrilling encounter at Eamonn Deacy Park, the Tribesmen played most of the second-half man short.

Jack Moylan managed to grab the goal for the visitors, while it was Maurice Nugent that saw red for Galway.

United would start the game stronger, not giving Wexford a moment’s rest on the ball and creating chances from the first whistle.

This led to Stephen Walsh heading home from a corner with just seven minutes played.

Jack Doherty provided most of Wexford’s creativity, carving out their first chance after a one-two with Kyle Robinson, but Conor Kearns denied him.

Despite a great passage of play from Ian Ryan’s men, they received a sucker-punch when Ruairi Keating found David Hurley with a pinpoint accurate cross to double Galway’s lead.

Wexford’s reply would be instant, Daniel Dobbin managed to find Jack Moylan at the back post who put the visitor’s right back in the game just before half-time.

The Slaneysiders’ pursuit of an equaliser was aggressive after the restart with Moylan failing to finish after Conor O’Keefe misplaced a back pass.

They were given a massive boost after just 50 minutes, when Maurice Nugent dragged down Jack Doherty and was given his second yellow card of the night.

Kyle Robinson forced a great save from Kearns with a looping header, as Wexford continued to dominate.

However Wexford still managed to gift Galway chances. Wilson Waweru dispossessed Corcoran just outside of the box, but he was met by a sea of Wexford bodies on the line that denied him a goal.

The Tribesmens’ top-goalscorer Ruairi Keating managed to break the defensive line with an interception, only to put his effort horribly wide.

With 15 minutes left Doherty found himself inside the six-yard box but failed to find the equaliser, blazing his shot over the bar.