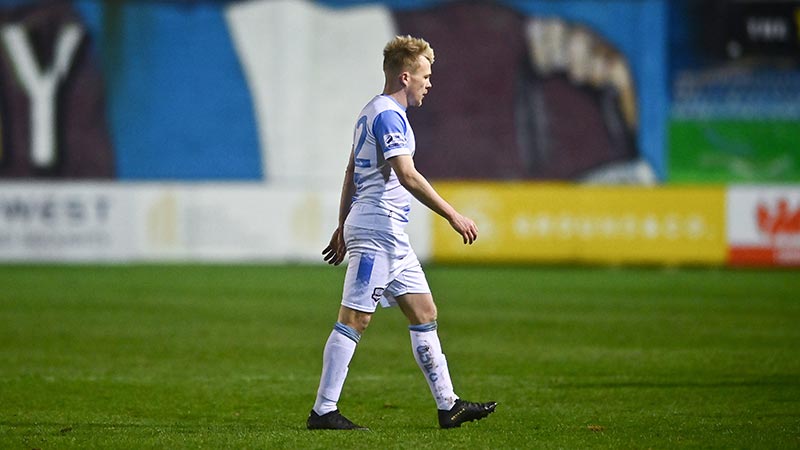 This was an intriguing encounter.

One where it looked like managerless Wexford, would finally pick up at least a point.

Inspired by ‘keeper Corcoran, who made a number of saves, and Jack Doherty, who was a nuisance throughout, Wexford appeared to have repelled sustained Galway pressure.

The Tribesmen made hard work of this one.

Their best endeavours of the game came from corner kicks and set pieces, while Padraic Cunningham and Ruairi Keating proved industrious in the attack.

Cunningham clipped the post in the first half, while Keating, who is in a rich vein of form, chased everything and challenged the Wexford rear-guard.

The Galway dominance appeared to be unrewarded, as Killian Brouder, Gary Boylan and Maurice Nugent tested to no avail.

Wexford, once again, remained dogged and lively in this contest.

A Keith Turner header in the 32nd minute, teed up Doherty, who found his way in front of goal but a miscued shot, failed to punish.

Keating was involved in everything for Galway in the first half. A solid run saw him tee up the ball for Cunningham, but Corcoran was up to the shot. He again went close soon after.

Galway keeper Corocoran made an acrobatic interruption to deflect a free-kick onto the post, to ensure the game was scoreless at half-time.

Dominating possession, the hosts continued to attack for much of the second half.

Wexford appeared to be tiring but, in the last 10 minutes, it looked as John Caulfield's charges were running out of ideas.

Doherty did cause a few scares for the away side.

However, in the 95th minute, Conor McCormack set Hurley loose, who turned in and out, before unleashing a ferocious shot to the top corner of the net, to win the game for Galway.