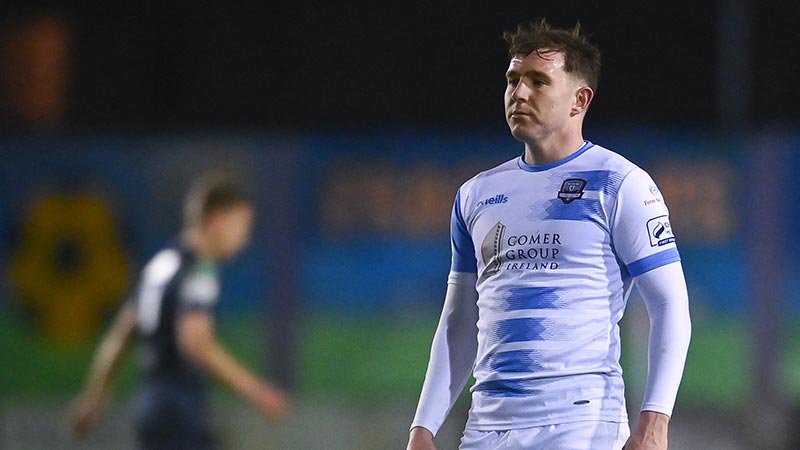 The hosts were unexpectedly in the lead at half-time, however John Caulfield’s men turned on the style in the second half to ensure that their playoff dreams are still intact.

To the visitors, fell the best chances of the opening half, but both Ruairi Keating and Mikey Place had goals disallowed for offside.

United would rue those decisions right before half-time, when Jack Moylan spun on the edge of the area before slotting the ball past Conor Kearns. Moylan’s goal is the first that Galway have conceded since June 11th.

Cunningham's introduced at half-time boosted the Tribesmen massively. Just 15 minutes after coming on, the Galway native curled a beautiful strike past Jimmy Corcoran to even the score.

Upping the pressure earned the visitors the rewards, when a save from Corcoran fell to Killian Brouder who tapped in Galway’s second.

Another second-half sub proved to be a success when Shane Doherty smashed home a rebound to ensure the win for the Eamonn Deacy Park outfit.

Ian Ryan’s men struggled for chances on a night when they missed Jack Doherty and Kyle Robinson. Jack Moylan was Wexford’s only attacking outlet and despite scoring, the Bohemians loanee was unable to prevent their collapse.

Their best chance of the second-half came early when Paul Cleary found space in the Galway box. United goalkeeper Conor Kearns rushed off his line to block Cleary’s attempt.

The result does not mean anything for Wexford’s league position, however they will be disappointed given the progress that they have made under Ian Ryan and the fact that they were unable to hold on to their lead.

Galway remain level on points with Treaty United in second but find themselves six points clear of UCD.

Caulfield’s playoff ambitions are still strong and he will be looking for his team to stay on course when they host Cork City next week. While Ian Ryan’s men will be looking to bounce back as they travel to Bray.