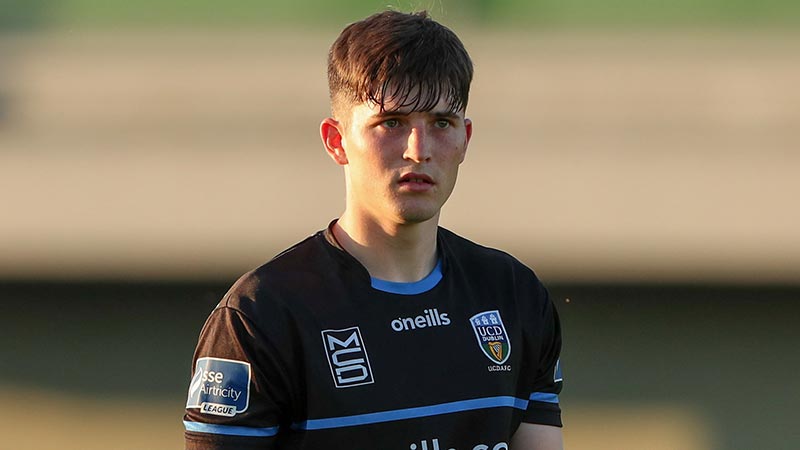 A Colm Whelan penalty proved to be the difference between UCD and Cork City in a tightly contested match in Belfield tonight.

City gained momentum in the second half with the the introduction of Dylan Mcglade. However UCD would hold on for a home victory and clean sheet for the first time since August.

Both sides started this game with high energy. Gearoid Morrissey, the Cork City captain, ran strongly at the UCD defence and struck cleanly but was saved by Lorcan Healy in goal. Bargary looked threatening down the left wing for Cork, as UCD started sluggishly. In the 13th minute, Barry Coffey smashed the ball into the back of the net only for it to be ruled offside.

UCD were starting to gain control in the middle third, especially through the performance of Sean Brennan. This extra pressure showed by the end of the first half. Liam Kerrigan broke from a corner at blistering speed and played Colm Whelan behind the defence, and he was taken down in the area by the Cork City goalkeeper, David Harrington. He confidently slotted away the penalty for his 19th goal of the season. He is very close to setting a new goals record for UCD.

Cork introduced three new substitutes for the second half as they strived to get back into the game. IT did have an impact as their performance level rose. While UCD looked comfortable, McGlade was an immediate threat on the left wing, Alec Byrne forced Healy into a good save and a free-kick on the hour mark was headed inches wide from Coleman. Everything good that Cork did seemed to come through McGlade on the left wing, which will beg the question; Why didn’t he start the game? Cork City won a few free-kicks as the clock ran down but UCD looked in control of the game as they entered the home stretch. While UCD never really threatened, they held on for the full three points.

The second half display from Cork will be a sign of encouragement for Cork boss Colin Healy as McGlade in particular looked threatening. Evan Caffrey and Liam Kerrigan played well for UCD as they look to enter the playoffs and there will be no doubt, few teams will want to face them.