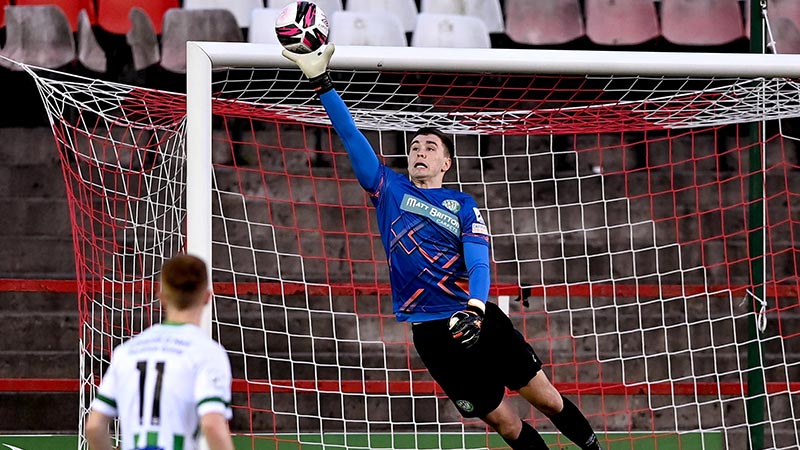 Galway United struggled to take their first half chances as they were held to a goalless draw against Bray Wanderers at the Carlisle Grounds tonight in the League Of Ireland First Division.

Both sides had chances to make the breakthrough during the 90 minutes but John Caulfield’s side will be travelling back home with an uneasy feeling, following a succession of missed chances in the first half.

The Tribesmen started off the opening period the better of the two sides, with Wilson Waweru coming close in the first minute after the Bray defence struggled to deal with a long ball. Thankfully for Gary Cronin’s side, goalkeeper Brian Maher made a great save to deny Waweru from close range.

Dylan Barnett then came close, after a Galway back pass was left short. Barnett raced through on goal but was denied by Conor Kearns who saved at his front post to keep the scores level.

With just under half an hour played, Hurley squared the ball to Galway’s top scorer Ruairí Keating; who smashed the ball off the post from the edge of the six yard box.

Mikey Place dominated the midfield throughout the first period, making it difficult for Wanderers to get a hold on the game. The sides went in with the scores level at the interval.

There was a fiery start to the second half, with both Luka Lovic and Bray skipper Aaron Barry being booked for poor challenges.

David Hurley came agonisingly close from a free kick just outside the Seagulls’ area, but his effort went inches wide of Maher and the Bray goal.

Galway substitute Padraic Cunningham came close with one of his first touches on the hour mark but his effort was fired over the Bray bar.

Brandon Kavanagh was lively as ever for the hosts, and they almost took the lead with just over 20 minutes to play, when Sam Verdon headed just wide from a fantastic Brandon Kavanagh cross.

Galway United had a penalty claim turned down by the referee after Padraic Cunningham was fouled by Quinn just inside the Bray area. Much to the disbelief of the Galway United team and the majority of the home fans, the referee awarded a free to Gary Cronin’s side and booked Cunningham for simulation.

Ruairí Keating raced from his own half past three Wanderers players but couldn’t find the finish in the dying moments to take all three points for the Tribesmen.