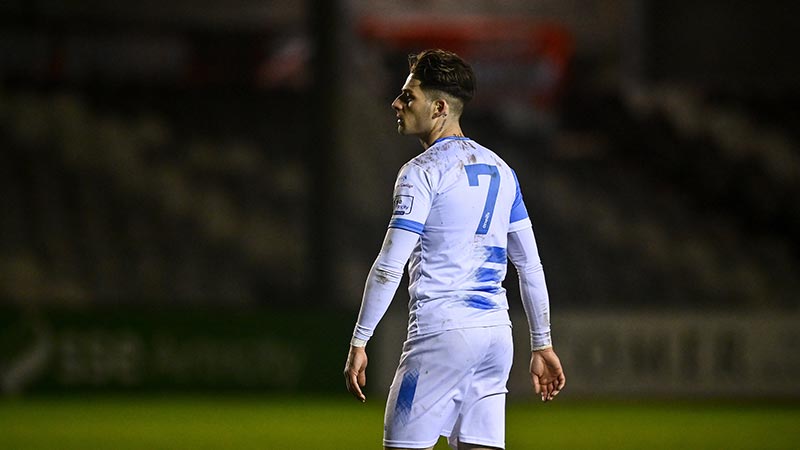 Bray Wanderers staged a smash and grab at Eamonn Deacy Park tonight as an injury time Gary Shaw header gave Bray their first win of the season as they beat Galway United 2-1.

The first half started with a bang as Bray came firing out of the gates with some beautiful slick passing. This bore fruit in the sixth minute.

Some excellent work in the midfield by Richie O’Farrell led to a perfect through ball by Brandon Kavanagh to Joe Doyle. Doyle’s first attempt on goal was saved, but he stuck with it and tapped home the rebound to put the visitors ahead.

Kavanagh continued to be a big part of the Seagulls attack, as he and Doyle continued to link up. The Wicklow team were unlucky to not go two up in the 16th minute, when a low cross found its way through to Luka Lovic; but the midfielders shot bounced off the post.

It took the Tribesmen the best part of a half an hour to start showing signs of life, but they didn’t need much to equalise.

A 34th minute Carlton Ubaezuonu run down the left side, led to a perfect cross into the box, which Ruairi Keating poked home to bring United level. It didn’t take long for the home team to kick on with Ubaezuonu and Keating both having excellent chances before the half.

After the break the game seemed to slow down with both teams happy to probe and keep control of possession without any real drive forward.

Galway had a few chances, with Shane Duggan’s long shot forcing a good save out of Brian Maher. Aside from that the majority of the second half was quiet, with either team struggling to take a hold of the game.

It wasn’t until late into injury time that the tie would be broken. Kavanagh whipped in a perfect corner from the right side and substitute Gary Shaw was able to get his head onto the ball to put it past Kearns and give Wanderers the lead.

Galway made a last gasp attempt at getting the equaliser, but it was too little too late; as Bray held on to capture their first win of the season away from home.