Brouder header the difference for Galway 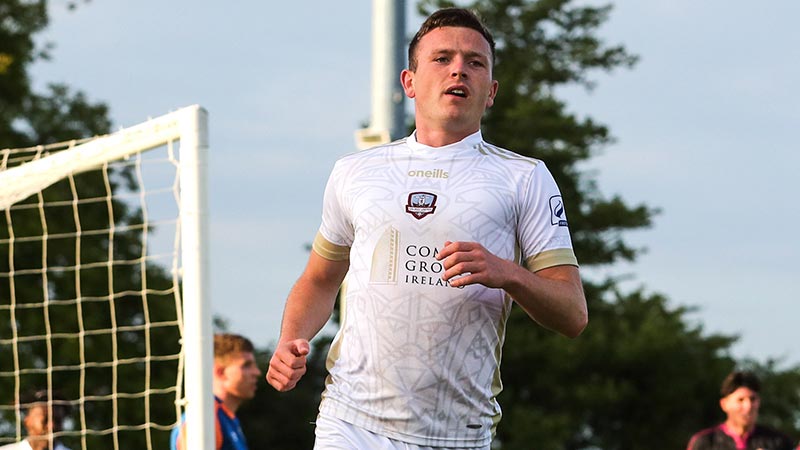 It was Killian Brouders 57th minute header that separated the two sides in what was a close and tense affair in the West.

United defended well and created the better of the chances in what was an important clash at the top of the table.

Brouder prevented Eddie Nolan from getting an important equaliser with a vital clearance off the line for his side in the 76th minute. United saw out the game in a calm manner and take all three points.

It was a first half which saw United start the brighter pinning Waterford back for the opening 15 minutes. Lomboto fired a shot just wide of the post after three minutes after good link up play with Stephen Walsh.

Galway’s pressure was starting to mount and a flurry of set pieces after the 25th minute mark had the away side under pressure but United failed to make anything from their pressure and the blues crept back into the match.

Waterford started to get into the contest keeping possession well and having a few chances of their own Roland Idowu forcing Conor Kearns into a great save.

Both sides finished the half without any major clear cut chances, Galway possibly the most upset not to be leading at the break.

United started the second half much like the first on the front foot and putting pressure on the Waterford back line.

Stephen Walsh had his effort from the edge of the box saved on 52 minutes and just four minutes later Manu Dimas had a great effort tipped over the bar, the pressure mounting.

It was from that corner Galway found the opener, a brilliant cross in from David Hurley was met by Killian Brouder in the area and he headed home giving United a deserved lead after making one of their many set pieces finally produce a goal.

The tribesmen sat back after finding their opener and invited Waterford on.

Brouder was in the right place again this time on his own goal line as he prevented Eddie Nolans header from six yards out finding the back of the net keeping his side 1-0 up.

Brouder was forced off moments later with an injury, a blow for Galway with 15 minutes left on the clock.

Galway managed the game very well late on and snuffed out any chance of a Waterford fight back.
Waterford will be disappointed as they had attempts and set pieces but unfortunately wasted their opportunities.