Galway bounce back to grab draw with Waterford 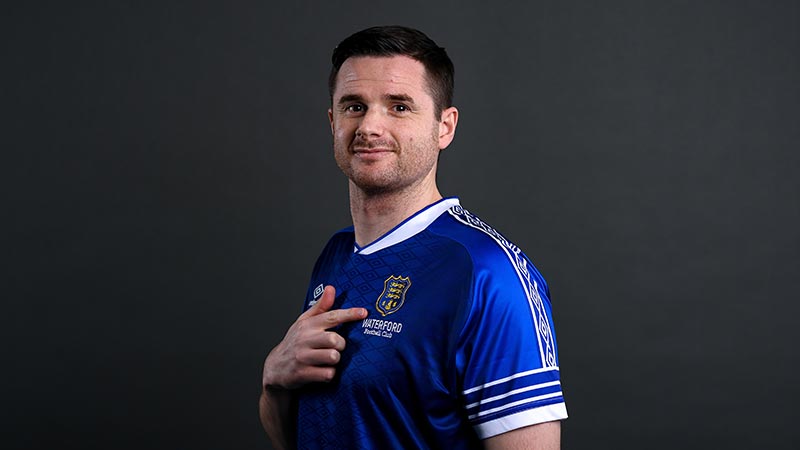 It was the typical game of two halves as two first half goals from Waterford FC’s Eddie Nolan and Junior Armando were cancelled out by a resurgent Galway United.

The hosts found the net thanks to Jordan Adeyemo and a late Stephen Walsh effort.

A late red card left the away side hanging on for a point in dying minutes.

Waterford started tonight's game the fastest with their pace and great passing play causing Galway all sorts of trouble.

With only nine minutes on the clock Phoneix Patterson strolled into the box unmarked and when the ball fell to his feet he hit it just wide.

Only six minutes later the away side found their opener a great cross in from Richard Taylor with Woodsworth getting a knock down on it while Junior Armando met the ball at the edge of the box and finished nicely into the corner to lead 1-0 with 15 minutes gone.

The Blues dominated the first half with Galway providing very little. That dominance soon turned into another goal 38 minutes on the clock after great build up play Phoneix Patterson laid it on a plate for captain Eddie Nolan.

With United resulting to long balls up the pitch and efforts from set pieces it was a very disappointing half for John Caulfield as his side went in 2-0 down.

The Tribemen started the second half with more intensity and that soon paid off. After a long ball up to Manu Dimas he curled in a beautiful pass and it found Jordan Adeyemo in loads of space in the area, a bullet header United back in the game 2-1.

After a spell of good United pressure and tempo the away side settled down and the match became more cagey and even.

74 minutes gone on the clock Mikie Rowe went on a good run but his shot was well saved by Brian Murphy in goal.

United found the equaliser in the 79th minute with a great counter attack finished off by sub Stephen Walsh who fired it nicely into the bottom corner.

A late red card for an off the ball incident saw the blue finish the match with ten men and a late scramble to keep hold of their point.

Galway had efforts late on as they pushed for all three points but unfortunately for them they couldn't find the final goal.

Both teams sharing the points is probably a fair result considering both teams performances.