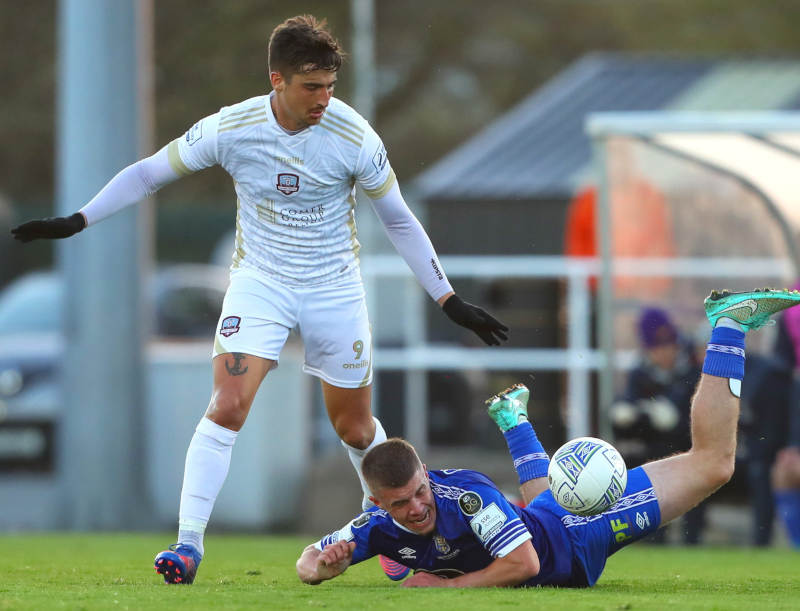 Galway United continue their title challenge, with a hard fought 1-0 win over Waterford at the RSC this evening.

The only goal of the tie coming just 12 minutes into the opening half, Manu Dimas one of two changes for the fixture, managing to tap home from close range.

Injury worries coming for both teams Waterford’s Armando Junior Quitirna, was forced to hobble off after just 18 minutes, while Galway’s Mikie Rowe also had to leave the field after the hour mark.

In the early exchanges it was Galway with the first real chance of the evening, but Stephen Walsh headed wide from a Conor McCormack corner kick.

Just minutes later Galway took the lead, just on the 12th minute mark Alex Murphy crossed a brilliant ball from the left into the area, where Dimas poked home from close range.

The hosts looked lively after the opening goal in the bid to come back, forcing Conor Kearns into a string of saves, the best coming from a Shane Griffin free kick where he had to be at his best to make a double save to keep it 1-0.

Galway should have made it 2-0 after 37 minutes, Stephen Walsh the danger man in the area but failed to get onto Killian Brouder's cross, a major let off for the hosts as the danger was cleared.

Richard Taylor had a shot from range just fly past the Galway net in the 43rd minute, it was the last chance either outfit would have in the opening half, as the visitors were the happiest at the break.

After early intent by the hosts it was Cian Kavanagh who came closest to finding an equaliser, Griffin finding him on the edge of the area but his goal bound effort went narrowly wide.

The best chance of the half fell after 80 minutes, Phoenix Patterson's corner was headed off the bar by Kavanagh before Cantwell's also headed an effort toward goal which also hit the bar.

Gary Boylan hit the first major shot on target of the second half for Galway, after 81 minutes but Brian Murphy was sharp to get down and save.