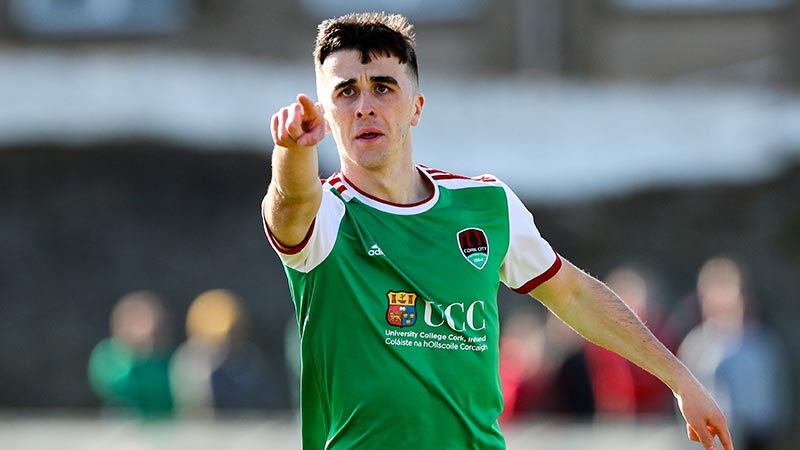 Barry Coffey was the key man as Cork City defeated Longford Town 4-1 at Turners Cross to pick up a huge three points in the battle for automatic promotion.

It was a scrappy start to the game with both sides knowing what was at stake. The first real chance of the game came on 18 minutes when Allie Gilchrist went close from a corner, his header going just over the bar.

City continued to have the better of the chances, but Longford looked dangerous on the counter attack especially through Ryan Graydon down the right wing. His shot on 24 minutes was the best the visitors managed in the opening half hour.

That all changed however just before the break when Longford hit the front. Graydon was once again involved with his cross being met by captain Sam Verdon whose deft header beat David Harrington in the City goal.

A frantic finish to the half was made even more so when Michael Barker put the ball into his own net from a Kevin O’Connor cross in the last action of the opening 45 minutes. A frenetic end to what was an average half of football.

Longford had a great chance to regain the lead at the beginning of the second half. Eric Molloy met the ball perfectly from a cross, but David Harrington was there to make a great save at his near post.

While the visitors missed a glorious chance at the other end, the home side took theirs on 54 minutes. Luke Dennison made a great save from Matt Healy but Coffey was there to smash the ball into the roof of the net, sending the shed into raptures.

The goal appeared to life a huge weight off City’s shoulders began to assert their dominance on the game without creating many chances.

Longford proved to be dogged in defence but were unable to get an equaliser. Barry Coffey got his second with six minutes to go from another corner.

It was Darragh Crowley’s turn 4 minutes later. The substitute hit a fantastic right footed effort from outside the box, giving Dennison no chance.

That goal sealed the victory put City 11 points clear of the Midlanders at the top of the table.