Waves rock the boat with win over Shels 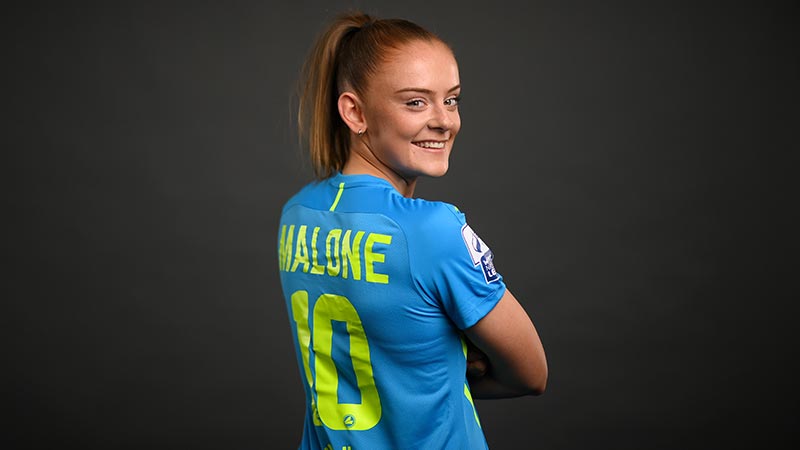 DLR Waves shook the boat in the Women’s National League this afternoon, overcoming reigning champions Shelbourne 1-0 at the UCD Bowl.

A long ball in found Katie Malone who chipped Amanda Budden to find the back of the net and ensure the home side snatched the lead just before halftime.

The second half saw plenty of opportunities too, but the score-line ultimately remained unchanged and signalled Shelbourne’s first defeat this year.

Kick off was slightly delayed in this Dublin derby as a flare and some goal net issues had to be dealt with. Much of the early play didn’t threaten either side in an enormous capacity, the main highlight other than the goal coming with 34 minutes on the clock when Ireland teammates Eve Badana closed down Abbie Larkin from close range.

Malone then netted in the 43rd minute, marking The Reds’ first goal conceded in the 2022 WNL campaign.

Niamh Prior replaced the injured Nicole Keogh and Saoirse Noonan entered the fray in place of Keeva Keenan in a bid to add some fresh intensity to the second half.

Larkin and Noonan peppered Badana’s goal early in the second half, as did Kerri Letmon and Malone down the other end.

With around an hour gone Rachel Doyle replaced Sophie Watters, while Jessie Stapleton picked up a yellow card to followed in Pearl Slattery’s footsteps who collected one earlier in the game.

Joy Ralph later came on for Malone as Waves continued to cause problems for Shels with their attacking momentum.

Noel King tried to counteract by bringing in Gloria Douglas and Alex Kavanagh for Abbie Larkin and Rachel Graham in the 70th minute. Douglas in particular nearly had an instant impact, forcing Jess Gleeson into some last ditch defending to keep the ball out of the Sky Blues’ net.

Shauna Fox made way for Jemma Quinn, while Lia O’Leary made her debut for Shels senior team as she replaced Noelle Murray with minutes to go.

Next up for this duo are two rescheduled fixtures as Shels face Wexford Youths and DLR Waves are set to battle it out with Athlone Town.