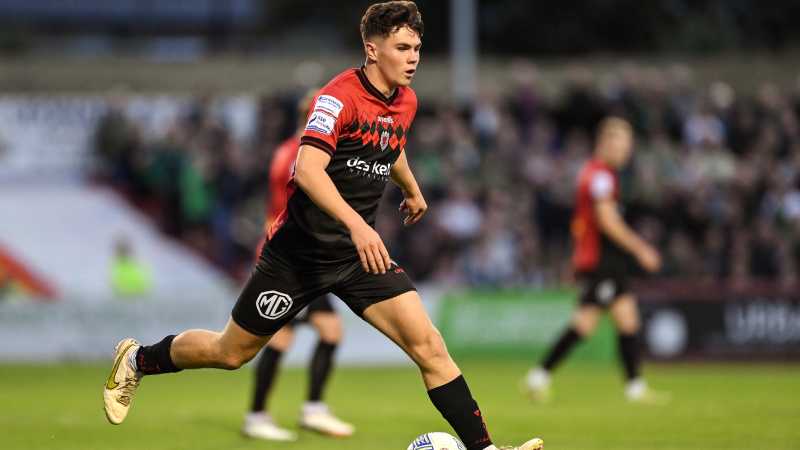 A first-half James Clarke strike was enough to give Bohemians all three points in a dominant display against UCD AFC at Dalymount Park this evening.

Despite being away from home and near the foot of the table, UCD started the game the better side. Dylan Duffy started brightly and looked threatening down the right flank. However, it was UCD’s Michael Gallagher who had the first meaningful bit of defending to do. After confusion in the UCD box between Evan Caffrey and Jack Keaney, Gallagher had to be alive and reacted first in the nick of time.

UCD continued to put pressure on the home side. Minutes later Duffy burst into the Bohs box and drilled the ball across the box. Perhaps the pullback to Thomas Lonergan who had acres of space in the centre of the box was the better option. Another chance minutes later came courtesy of excellent play by Dara Keane who fashioned a cross towards Alex Nolan at the back post. The Students’ winger still had a lot to do and his volley failed to find the target.

As the half progressed the home side finally grew into the game. Jamie Mullins drilled the ball into the side netting at the 22nd-minute mark before a Kris Twardek shot from outside the box stinged the palms of Kian Moore in the UCD goal.

Twardek was lively all first half but the Bohs opener was fashioned out by a fantastic run out of defence by Rory Feely who finally fed through James Clarke to cooly slot home with a tidy finish. The home crowd breathed a collective sigh of relief as they took the lead with Bohs not benign at their best in the opening 45 minutes.

Bohs started much better in the second half than they did the first and almost doubled their lead two minutes after the interval. From 30 yards, Jordan Flores struck an excellent freekick which needed a fine save from Kian Moore to keep UCD in the tie.

He was needed again on the hour mark when the lively James Clarke, who opened the scoring, slotted Ethon Varion in for a 1-on-1. Moore was alive to the danger, however, and quickly closed down the close-range effort. Jordan Flores also had a good strike on the edge of the box which fizzed narrowly wide minutes later.

UCD’s task of getting an equaliser was made all the more difficult when Michael Gallagher picked up his second yellow card of the game with 10 minutes to go. Bohs continued to have chances and UCD were unable to get any foothold in the end and Bohs ran out deserved winners.

In a double whammy for the Students, Finn Harps’ 1-1 draw this evening against Shelbourne means they go bottom of the Premier Division on goal difference. Next up for the College is a home game against Sligo Rovers next Friday while Bohs host Drogheda United.