Sligo on top form against Drogs 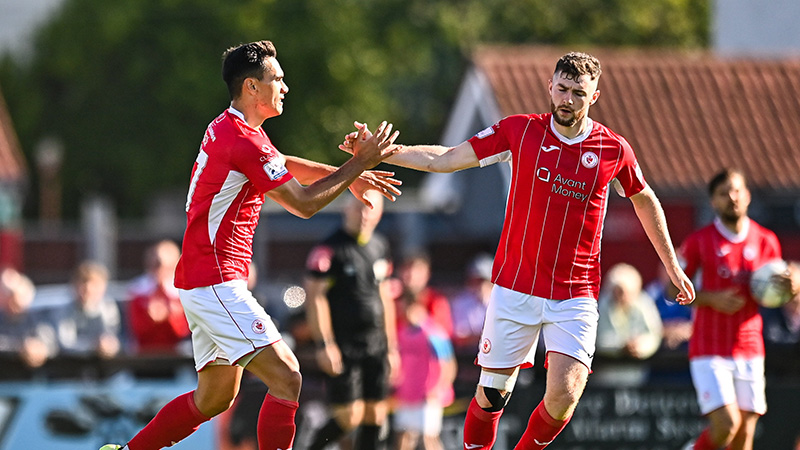 A goal in each half was enough for Sligo to dismiss Drogheda. A brilliant first half team goal finished off by Frank Liivak after 9 minutes saw Sligo lead at the break.

While a second half penalty confidently slotted home by Aidan Kenna after 75 minutes saw Sligo run out comfortable winners after a good fight from Drogheda but it's the home side who take all three points.

It was a fast start to proceedings in a wet Showgrounds with both sides pushing forwards and trying to get on the front foot early on.

Sligo had the first major chance after four minutes with their first corner, the ball being saved off the line by Drogheda from Max Mata’s effort.

It was Sligo again just 5 minutes later with 9 minutes on the clock a brilliant cross field switch of play with the ball eventually landing at the feet of Frank Liivak his brilliant one two with Max Mata set him in behind the Drogheda defence and he slotted home brilliantly to the keepers right hand side.

Sligo were on top for the remainder of the half with Drogheda struggling to get out of their own defence at times.

The home side just lacked that final ball in key areas while Drogheda Keeper Colin McCabe done well getting off his goal line more than once to cut out dangerous passes in behind his goal line.

Rovers went in at the break 1-0 up but it could or should have been more.

Sligo came out the second half lacking any real energy and allowed Drogheda to get into the match.

With the match only 1-0 it was the away side who looked to be the next ones to score; they just lacked a bit of creativity and that killer instinct.

Dean Williams found himself free in the box after 60 minutes a clever touch set him free but his tame shot did not test the keeper.

With 73 minutes on the clock Sligo were given a life line against the run of the second half a foul at the edge of the box saw Pijnaker fouled as he tried to get on the end of the cross.

Aidan Keena stepped up and fired it home 2-0 with 15 minutes remaining and Drogheda left with a mountain to climb.

Sligo ran out with a 2-0 victory but not without a good fight from the away side the penalty ended their comeback at a crucial stage but they may take confidence in this heading into their next fixtures.