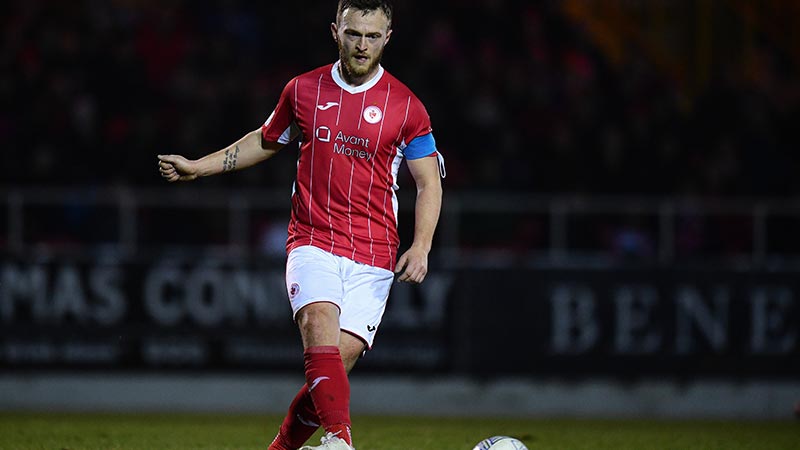 The match between Sligo Rovers and Drogheda United this evening had everything, including two penalties, a sending off and a late winner, concluding things at 3-2 in the hosts’ favour at the Showgrounds.

David Cawley insisted it was a dream start for the hosts, netting two goals within the opening four minutes. Georgie Poynton pulled one back for Drogs in the 26th  minute and they then went on to equalize 10 minutes into the second half via a Shane Blaney own goal.

Evan Weir was sent off shortly afterwards for a second yellow infringement on Cawley, and despite the game remaining at 2-2 for the majority of the second half it was Garry Buckley who was the hero for Sligo in the 92nd minute.

Will Fitzgerald set up both components of Cawley’s brace, the first of which came with less than a minute on the clock and the second in the fourth.

Sligo often exploited Mark Byrne’s space on the left wing throughout the game and really should have converted more of their chances through Cawley and Blaney. McGinty was deemed to have fouled Brennan inside the box and so United were awarded a penalty, which was initially saved but later followed up by Poynton.

Keena also had a penalty chance although it was saved by Sam Long, meaning the scoreline read 2-1 at the break.

Dane Massey showed some good skill to rile his side into action in the second half but it was impressive play from Dayle Rooney that changed the game for Drogs. He curled a ball forward to Chris Lyons who edged is way between two Sligo defenders, the ball eventually deflecting off Blaney and into the back of his own net.

Weir’s sending off didn’t open up the game to Rovers as much as would have been anticipated. Adam McDonell provided very threatening opportunities into the box and while Lewis Banks came close on occasion Liam Buckley’s men couldn’t capitalize on the extra man until late on.

There Garry Buckley buried the ball into the back of the net with just minutes to go, securing Rovers’ second win on the bounce.

Next up on Friday then Sligo head to Tolka Park in search of a triumph over Shelbourne, while Drogheda come to blows with Dundalk.