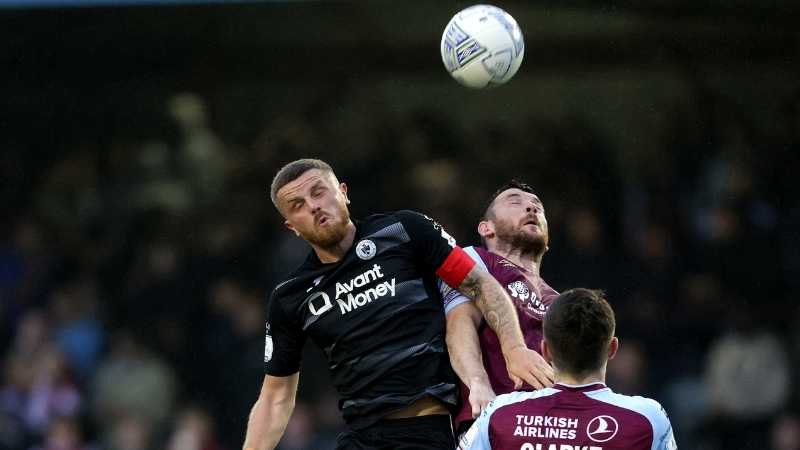 Drogheda United and Sligo Rovers couldn’t be separated in a 0-0 stalemate tonight at Head in the Game Park.

The game delivered in terms of pace and flow, but was very dull on the goals and chances front until its dying embers. Sligo looked dangerous for periods in the first-half through the pace of Aidan Keena and Max Mata but Drogheda matched them defensively.

With about 10 minutes left substitute Darragh Markey found Adam Foley inside the box but he scuffed what was a great opportunity wide. Sligo nearly snatched it themselves in the final seconds but Will Fitzgerald struck wide after meeting a dangerous cross.

Drogheda extend their unbeaten run to five games and this time they matched their opponents in every aspect rather than hang on. Sligo will be disappointed not to take three points, but they didn’t necessarily deserve it and the positive is that they remain unbeaten under John Russell.

The sharpness of both sides was evident from the start and with referee Neil Doyle reluctant to use his whistle, the early stages were met by a fast pace. As the first-half progressed the visitors looked that bit sharper, chasing down balls and causing some minor issues through Max Mata’s pace.

Aidan Keena also looked hungry for the Showgrounds outfit and it nearly paid off one occasion. As Dane Massey lost his bearing at his own goalmouth, Keena nipped possession but Evan Weir was there to sweep up.

Weir once again put in an excellent performance in the unfamiliar position of centre-back and his stature in the squad continues to grow. At the other end Drogheda struggled however as Dean Williams ran tirelessly up top but lacked support.

Will Fitzgerald broke in on goal straight into the second-half but Luke Heeney’s last ditch tackle ruled out an opener. It looked as though the half would burst into life but the game entered a lull for the next 20 minutes or so.

As Kevin Doherty introduced Darragh Markey and Chris Lyons, some friction started to appear in the game. With 10 minutes to go Markey found Adam Foley in the box in space but he scuffed a great chance into the ground.

A late burst of energy from Drogheda then caught the Bit O’Red off guard and they were forced to foul on numerous occasions. Drogheda went close with a Massey header but couldn’t find the goal despite all their pressure.

The home crowd then held their breath as Fitzgerald struck just wide in the six-yard box right at the death. It was an intense contest and one that flowed effortlessly, but neither side could find the net so the teams settled for a point each.