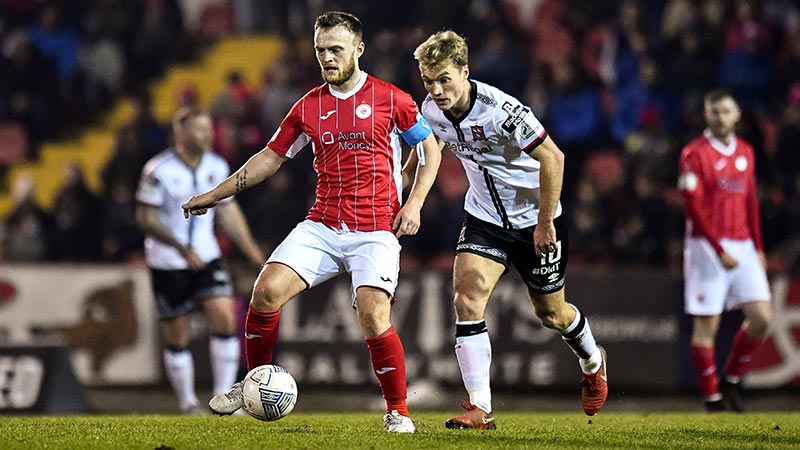 Sligo and Dundalk played out a 0-0 draw at The Showgrounds this evening in a match that felt like it never really reached full flight.

Chances were at a premium with the home side bossing possession but not making City keeper Mark Harington really work. City tested Luke Dennison in the first half but offered very little in the second half that was until Barry Coffey brought an excellent save out of Dennison in stoppage time near the end of the game.

It was very much a new look Longford Town side that took to the field with just three players starting that had played in the Premier Division; Mick McDonnell, Aaron Robinson and captain Sam Verdon. Ben Lynch came on as a substitute having made his debut near the end of last season.

Town waited an extra two weeks for their season to get underway following the postponement of their opening game against Cobh Ramblers and then last weekend was their free week. Both sets of supporters were made wait even longer for chances of note in this game.

Ruairi Keating brought a fine save out of Dennison while Town failed to test Harrington in the City goals in the opening half.

The home side upped their performance in the second half and created several chances but their shot selection let them down on occasion and also their finishing. Ryan Graydon was impressive and he came close on two occasions while Aaron Robinson hit an excellent shot that just went wide.

Matt Srbely should’ve done better with his effort on 67 minutes. As the clock ticked down Town continued to probe for a goal and ultimately the winner but it was the visitors that nearly grabbed a late winner in stoppage time. Matt Healy with a well struck free met the head of Barry Coffey but his effort was superbly saved by Town netminder Dennison.