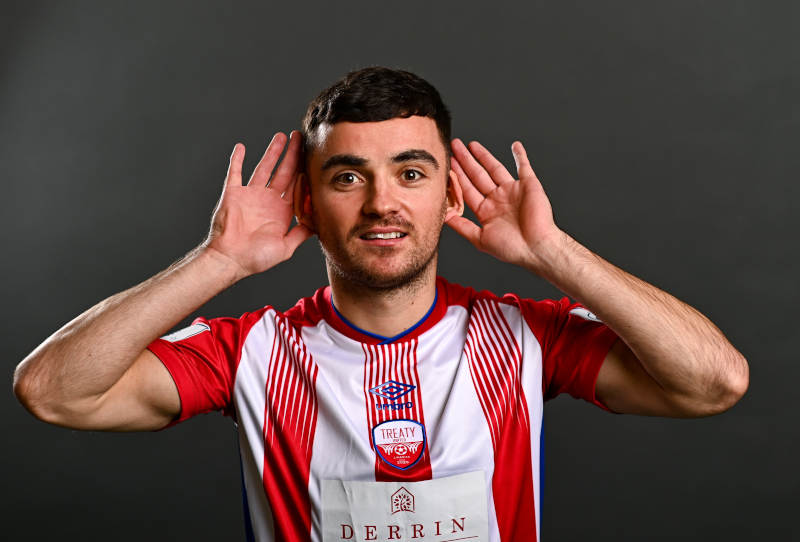 Aaron Dobbs continued his fine scoring run with a third in as many games and looked to have secured Wexford  an important draw. Enda Curran’s first-half strike had Tommy Barrett’s side in control for long periods only for the game to explode into life in the final twenty minutes. Dobbs’ introduction gave Wexford belief but it was another sub, Armshaw who helped decide this contest.

After an exciting opening few minutes, Wexford had a brace of efforts from Dinny Corcoran well saved by Jack Brady. The former Shelbourne keeper denied Corcoran just moments before Curran broke the deadlock. With the ball pinging around the area, Alex Moody saved a shot from Christopher only for Curran to powerful grab his fifth of the season.

His right-footed effort was too powerful for a pair of Wexford defenders who’d retreated to the line, with the ball cannoning off one, and the crossbar, before crossing the line. This was after 28 minutes, and Treaty seemed happy with this for long periods.

Ian Ryan’s side continue their poor away form, unable to add to Friday’s home victory over Cobh Ramblers.

Dobbs was part of a trio of subs introduced on 63 minutes and the exciting 23-year-old headed his side level before going in search of a winner. But in chasing the late win, they were woefully exposed at the back.

Brady caught a corner kick and launched a route-one pass to sub-Willie Armshaw. The pacy Tipperary native did enough to clear the covering defenders and just as he was about to pull the trigger he was upended. Eoghan O’Shea pointed to the spot and Christopher added to Friday’s stunner with a calm spot-kick in the 92nd minute.