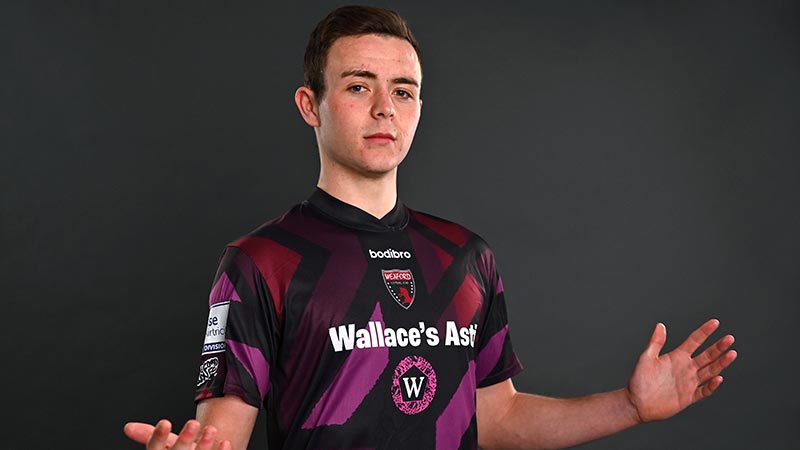 Treaty rescued what could be a very important point tonight as they drew 1-1 with Wexford at the Markets Field thanks to a late goal by Sean McSweeney.

After a relatively uneventful first half where neither side could really take a hold of the game, the visitors grabbed the lead on the hour mark as Kyle Robinson tucked away from close range.

McSweeney saved the hosts when he got on the end of Marc Ludden’s free kick and equalised as Treaty continue their push for an outside playoff spot.

With both Galway and Bray dropping points as well this evening, who knows how important that goal will be for the side from Limerick.

However despite Wexford not being on par with the rest of the league this year, Treaty really had to fight for the point. In fact, the Slaneysiders were the better side for numerous spells of the game.

You can see already the benefits of the positive football Ian Ryan is trying to implement at the club, and today was more just a case of not getting over the line. With only pride to play for this season though, Ryan will be a pleased man when the day is done.

The first half was as even as possible yet not scrappy. It instead saw both sides take turns at having periods of attractive link up play alongside half chances.

Jack Moylan had a couple of sights at goal early on for the visitors only for this to wake up Treaty. Kieran Hanlon and Joel Coustrain began to look sharp and started picking up space but couldn’t trouble Jimmy Corcoran in the sticks for Wexford.

Both teams always remained a threat so it was really a case of the right chance at the right moment. The away side managed to break the deadlock on the hour through a tidy finish from star man Kyle Robinson.

Treaty took their time to react despite Tommy Barrett making four changes. Wexford in fact came very close to doubling on numerous attempts at the hands of Karl Fitzsimons, but Tadhg Ryan was on fire.

Eventually McSweeney levelled for Treaty in the 84th minute after sub William Armshaw’s energy had helped them get in the mood. They came close to snatching all the spoils in the last minute but brilliance from Corcoran and the Wexford post prevented it.