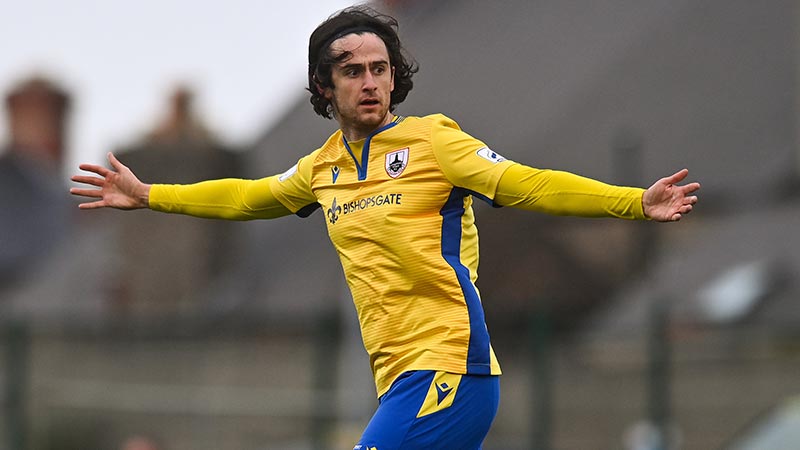 Galways unbeaten run comes to an end after a second half wonder strike from Longford's Darren Craven in the 77th minute, which proved to be enough for the hosts to take all three points at Bishopsgate.

Galway took the lead from a bizarre own goal from The Town's Michael McDonnell after 10 minutes.

Longford Captain Sam Verdon bundled home to equaliser on the stroke of half-time.

It was a hectic start to affairs in Bishopsgate as both sides tried to get on top early on.

Longford Town’s Dean McMenamy, maybe a bit too eager to set the pace, got booked after six minutes for a dangerous tackle on the edge of his own area.

Galway had the ball in the back of the net from the resulting free but it was chalked off as the official had the flag up offside and an early escape for the home side.

In what can only be described as a freak goal under little pressure at the back Longford's Michael McDonnell received the ball from his keeper Luke Dennison and as he went to give the ball back to his keeper he slotted the ball into his own net after 10 minutes.

The game became scrappy after this point and this suited the away side who had the lead and wanted to lower the tempo.

Longford Town struggled to play out of the back as United's forwards put pressure on every pass.

Longford upped the ante late on in the first half creating chances and bad defending from Galway giving them free kick opportunities on the edge of the box.

On the stroke of half time Sam Verdon got his side back on level terms bundling the ball across the line after poor defending by Ed McCarthy let Ryan Graydon get the ball into the box and the sides went in level at the break.

The second half started much like the first and the preceding passages of play saw both sides create very little and the game as a whole had turned slow and the quality deteriorating.

Captain and goal scorer sam Verdon was replaced after 76 minutes due to an injury and his replacement Callum Warfield set up the winner as his great touch and pass found Darren Craven whos excellent strike from outside the box flew into the back of the Galway net brilliant technique and a worthy goal to win any match.

Longford Town held on well in the dying stages despite United's late efforts, no late equaliser and they suffered their first defeat.