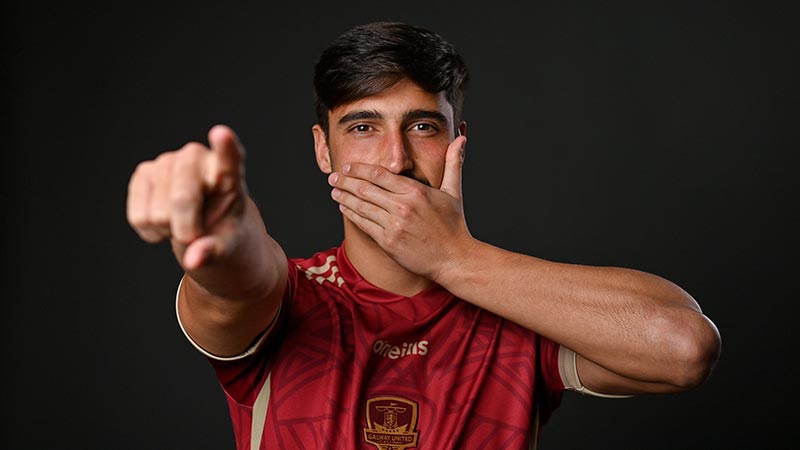 Galway United continued their good start to the season with a 2-1 win in Athlone tonight.

It wasn’t perfect, but two goals in the second half from Manu Dimas and Wilson Waweru were enough for Galway.

A Success Edogun goal five minutes from time made it nervy, but Galway held on.

Somewhat surprisingly, Athlone had some good chances early on. Thomas Oluwa burst into the Galway box just two minutes in and his cross was met by Success Edogun, but his effort went well over.

Just a minute later, an Athlone clearance was met by Edogun, who chased it down and got a shot off. Conor Kearns was quick off his line however and saved his effort.

Wilson Waweru gave Athlone a warning in the 7th minute when he won the ball for his side after catching Athlone attempting to play it out and fed Cian Murphy, but his effort was dragged wide.

Waweru had a good chance himself a few minutes later when Adeyemo headed down a cross to him. Waweru got his shot off with his back to goal, but his audacious effort went just over.

Edogun nearly stunned everybody in the 22nd minute when he got the ball some way out and attempted to catch Kearns off his line. Kearns was forced to backpedal and tip it over, keeping this at 0-0.

Micháel Schlingermann got away with a mistake ten minutes from time when Waweru lofted a through ball looking for Adeyemo. Schlingermann came out to meet it, but missed the ball and gave Adeyemo a good chance to score. His effort lacked power though and Noah Van Geeren dealt with it well.

Ten minutes around the hour mark changed this one. In the 59th minute, Killian Brouder sent a long throw in the way of Manu Dimas. The Spaniard caught the ball perfectly and sent it over Schlingermann with a gorgeous glancing header.

Eight minutes later it was the same old story. Conor O’Keeffe sent a throw in to Waweru, who held off numerous defenders before flicking it in. A superb piece of centre forward play.

A through ball met well by Edogun made it a nervy final five for Galway. In injury time, Athlone bombarded their area with long balls and Kearns flapped a lot at them in nervy fashion, gifting Athlone two separate chances. Athlone couldn’t find a goal however, meaning this ended 2-1.