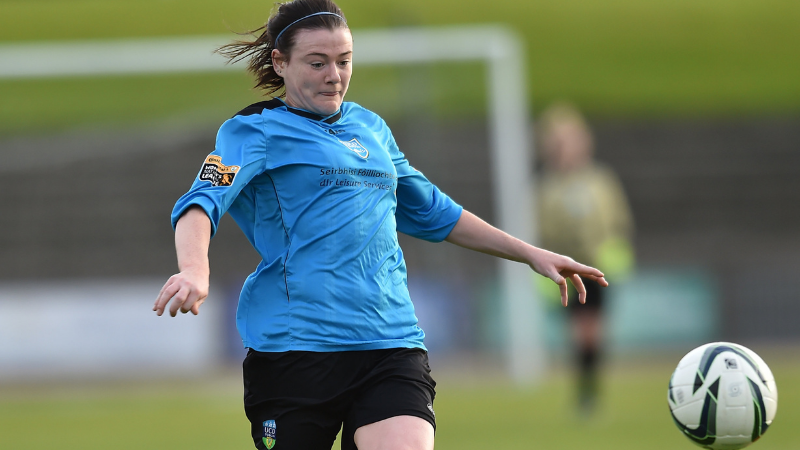 DLR Waves got their revenge on Galway for last week’s defeat in the FAI Cup quarter-final, as they saw off the same opponents 2-0 at Belfield Bowl.

The win seals back-to-back wins for Waves and has improved their outside chances of breaking into the top three.

Waves are in fourth on 29 points, 14 behind third place Wexford Youths but with two games in hand.

It was the visitors who started the better of the two sides, dominating possession and territory.

Meabh de Burca went close, before Jess Singleton put a great ball into the box that was reached by Kate Slevin who fired a shot at goal that was well saved by Eve Badana.

To the shock of all in attendance, the Waves took the lead completely against the run of play and what a goal it was.

Jetta Berrill produced an audacious effort from the right, on the edge of the box that fired over the helpless Leah Hayes Cohen and into the top left corner.

Galway were in shock as to how they were behind in a match they had dominated from the off but just a minute later they were dealt another blow.

Berrill then turned provider as she played a lovely ball across the face of goal that picked out Rachel Doyle, who tapped home from two yards out.

The two quickfire goals from the hosts really knocked the stuffing out of the visitors.

Becky Walsh spurned a great chance after she missed a header, just a yard out at the far post.

Julie-Ann Russell went close with an outside the box strike that was well tipped over by Republic of Ireland international Eve Badana.

In the second half, the home side sat back and endured pressure as they surrendered territory and possession.

But their game plan worked as they held on for an important three points.