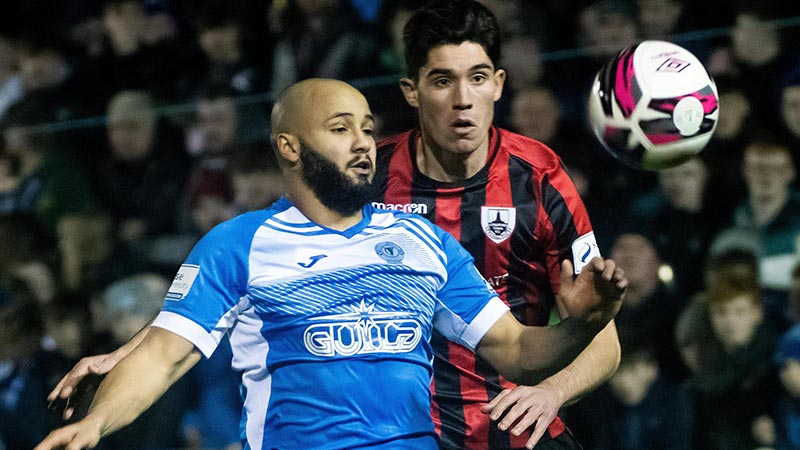 Finn Harps avoided the relegation play-off in style at Finn Park this evening, as a Ryan Connolly wonder goal was the highlight of a 5-0 victory against Longford Town.

After a scrappy opening 20 minutes, Harps composed themselves and found the back of the net via a Will Seymore header.

Then minutes later, Seymore flicked the ball on towards Connolly, who slammed the ball into the top corner from outside the box on the half-volley.

Karl O’Sullivan made it three just after half-time, before Tunde Owolabi’s cultured finish and Luke Rudden strike made the game a rout.

From early on, it was evident that 'de Town' were a team looking to move on from this season. They couldn’t string more than a couple of passes together, and barely made it to the Harps box.

Ollie Horgan’s men made the most of this with a tirade of shots on Lee Steacy’s goal, before a controversial opener from Will Seymore was tucked into the net after a short corner. There were calls for offside, but no flag came.

Five minutes later and there was no doubt as Connolly connected perfectly with the ball on the half-volley to nearly rip the net out of the ground. Longford heads dropped, and it wouldn’t get any easier for the visitors.

O’Sullivan’s third required a measure of luck as his strike looped into orbit before dipping over the helpless Steacy. There was nothing lucky about Owolabi’s goal though, as a mix up in midfield allowed the pacey forward to run through, open up his body and find the bottom corner.

Rudden capped off the win with a finish that overpowered the Longford keeper. It will be a goal to remember for the young forward, as it sent Finn Park into raptures, and fans rushed onto the pitch to celebrate as the final whistle went.

A fantastic end to an eventful season for Harps, while Longford will have to regroup, and possibly rebuild in the First Division next season.