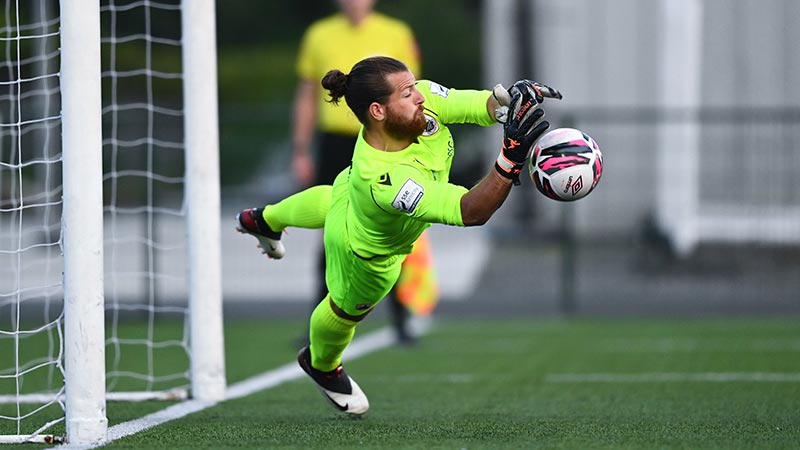 In a highly dramatic encounter at Finn Park, neither side could find the breakthrough in the second half as Finn Harps and Longford Town played out a stalemate.

After both sides scored in the opening 45 minutes, Harps had the best opportunity to wrap up the tie in the second half but Barry McNamee had his penalty saved by Lee Steacy who was phenomenal in the Longford goal.

The visitors found the target on the 12th minute with plenty of drama involved in the Longford opener, as the linesman had flagged for offside but the referee overused the decision. It all started with Dylan Grimes fired a shot from outside the area which struck the crossbar, the ball fell to Aaron Robinson who’s header found Aaron Dobs in the Harps box who fired past McGinley.

Harps responded just five minutes later, a cross on the right cleared by the Longford defence which fell to Barry McNamee on the edge of the box, who played a lovely ball into Babatude Owolabi who beat his man and fired to the roof of the net.

One could have been two shortly after for Finn Harps. The ever present Adam Foley got into the Longford box but hit a wayward shot off the bar.

Another chance late on in the first half came for Harps, as Babatunde again raced through midfield playing a quick 1-2 before his shot was saved again by Steacy.

Harps began the second half in similar fashion to how they finished the first, a wonderful pass in behind by Adam Foley saw Owolabi run towards the Longford goal, the Harps forward holding up the ball before forcing yet another fine save from Steacy.

Yet more drama ensued from the resulting corner, as the referee awarded a penalty to Finn Harps, as Owolabi’s header struck the arm of a Longford defender. Barry McNamee stepped up to take the spot kick but the penalty was saved by Steacy.

The second half lacked action after the Harps penalty chance, neither side could convert any chances and would eventually share the points, as Longford record their first points since traveling to Derry at the start of May.