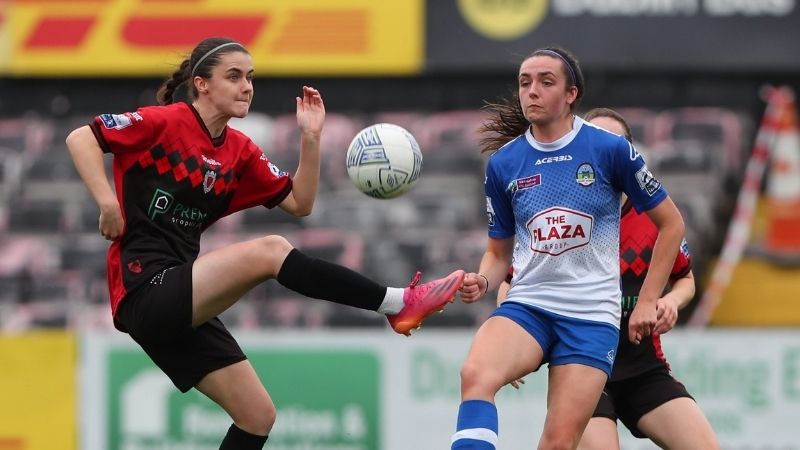 An extra-time penalty from Erica Burke sealed a 1-0 win for Bohemians over Galway WFC at Dalymount Park in the first round of the FAI Cup.

It was a tight and very quiet first period with neither side seeming too eager to step up and push for a goal. Both Bohemians and Galway were happy to hang on to the ball inside their own half and neither attack looked keen to press in an attempt to win the ball high up.

They also struggled with that final ball inside the opponent's final third, leading to a poor showing from both sides in the first half. The best chance of the half fell to Kira Bates Crosbie who tried her luck from the guts of 25 yards out, but her effort was comfortably saved by Abbiegayle Ronayne.

The sides went in scoreless at halftime.

Shauna Brennan had a good chance for the visitors just after the restart. Brennan climbed the highest from a corner, but she couldn’t keep her effort on target.

Chloe Singleton did look like the bright spark for Galway and after the introduction of Jenna Slattery, the pair did look dangerous.

Slattery almost added another cracking goal to her collection with just under a quarter of an hour left, but her attempt from distance went narrowly over the bar.

Bohs had Rachael Kelly to thank in the final ten minutes of normal time after her save denied Shauna Brennan.

With only minutes remaining, Bohs went on an attack through Aoife Robinson and they had numbers over Bohs on the edge of the area, Bizarrely, the referee stopped the game for a non-head injury, much to the disappointment of the hosts.

The game went to Extra Time after they couldn’t be separated after 90 minutes.

Chloe Singleton came agonisingly close to opening the scoring just a minute into extra time but her shot rebounded against the crossbar.

After Aoife Robinson collided with Abbiegayle Ronayne, the referee pointed to the spot with just three minutes remaining in Extra Time. Erica Burke sent Ronayne the wrong way to seal a massive win.