Bohs hold Galway in the West 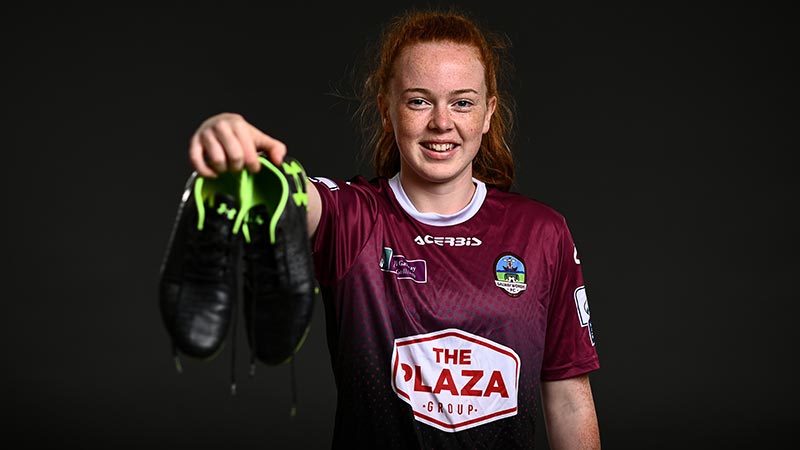 Stubborn Bohemians held a strong Galway side to a scoreless draw as both sides struggled to break each other down in the WNL at Eamon Deacy Park.

The Dublin sides keeper Courtney Maguire was the busier of the two but was never really troubled.

Both clubs struggled early on with neither team threatening the goal in a scoreless first half with Galway on top with the majority of possession. Playing a nice neat passing game, using triangles effectively to get in behind the bohemian defence Galway opted to go wide with the final ball, however, more times than not there was no player in the box to take advantage of the cross.

The Westerners came closest when Chloe Singleton was clear on goal but chose to aim towards the near post which was easily covered by Maguire in the Dublin side's goal.

Maguire was called into action a number of times in the first half, saving shots from Meabh DeBurca, Kate Slevin and on several times from Singleton.

It was all Galway in the first half with Bohemians creating a number of chances of their own with Bronagh Kane come closest but never really troubling Leah Hayes-Cohen between the Galway sticks.

The second half was similar to the first with Galway proving to be the better side threatening the Bohs goal on multiple occasions.

The away outfit were unfortunate to lose midfielder Lisa Murphy early in the second half through injury but her replacement Ally Cahill filled in superbly.

Galway made a couple of substitutions on the hour mark which seemed to cause some confusion as it brought a host of on field changes which allowed the travelling side the chance to get a grip on proceedings.

Chloe Singleton had countless opportunities but she seemed to have left her shooting boots at home as she was sluggish and her shots were tame.

Emma Starr almost made it 3 in 2 forcing Maguire into a wonderful close range stop in what was the best chance of them.

A relatively quiet game erupted in the final stages with a number of yellow cards issued in the last 10 minutes for silly fouls and petulantly kicking balls away.

The game ended with Bohs in the ascendancy but could not grab a late winner, so travel back east with just a point enough for them to leapfrog Treaty on goal difference.

Next up for Galway is the small task of a double header with DLR Waves first in the cup quarter final at home then away in the league on September 5th and 11th respectfully, while Bohemians host Cork city in a mouth watering six pointer on September 11th.