Shels away win over Athlone 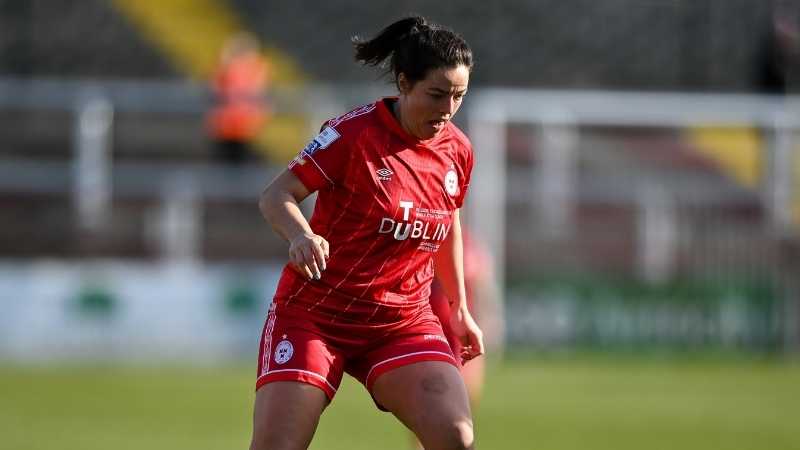 Shelbourne made it two wins from two with a 2-0 win over Athlone in Lissywollen tonight.

A Noelle Murray tap in right on the brink of the half hour mark and a goal from super sub Keeva Keenan in the final ten did the job for Shels.

There wasn’t a whole load of action in the first twenty minutes or so, with neither sides really taking hold of the game. However, Shels eventually started to show their quality.

They fired a warning shot in the 25th minute when Megan Smith Lynch sent in a cross to the back stick which was met by Jessica Stapleton who send a free header over the bar. It was a warning that Athlone did not heed.

Just four minutes later, Stapleton dropped deep and played through Jessica Ziu. She squared her effort across goal where Noelle Murray was waiting for the tap. Based off the previous few minutes, it had been coming.

Ziu got a lot of joy on the right and was fed through by Stapleton again two minutes later. Niamh Coombes appeared to have come out and quashed the effort, but she spilled the ball. Ziu got it back and squared to Smith Lynch, who fluffed her lines with the goal at her mercy.

Smith Lynch had another good chance at the back post a few before half time when Athlone failed to deal with a cross. Coombes was quick off her line to deal with this well however.

In similar fashion to the first, neither side looked on top for the first few minutes of the second half. Athlone tested Amanda Budden in the 62nd minute when Dana Scheriff got a free run through on goal and laid it back to Muireann Devaney, whose effort forced Budden to dive down and tip wide.

Ziu once again nearly had a second assist ten minutes later when her cross following some good play was met by Smith Lynch. Her acrobatic attempt was straight at Coombes, who spilled the effort but reclaimed the second ball.

Substitute Keeva Keenan wrapped it up however in the 83rd minute when the ball was squared to her and she fired straight at goal. Her effort went in and it ensured Shels took the points.

The win makes it two from two for Shels and another clean sheet. Athlone are still looking for that first win on the other hand.