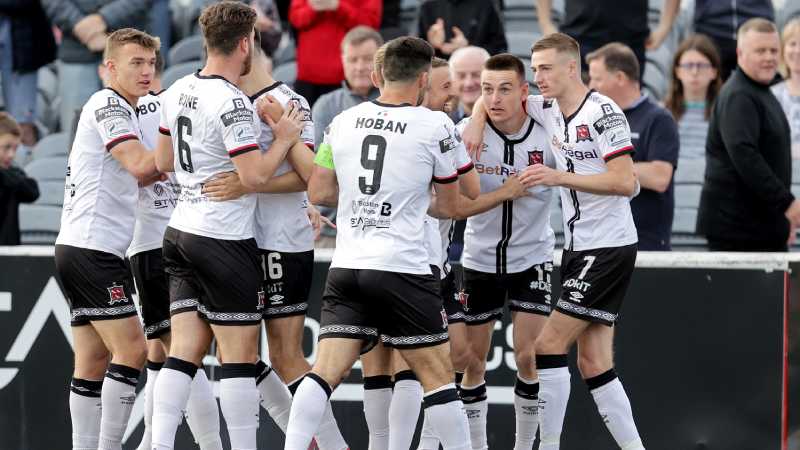 Dundalk brushed Finn Harps aside at Oriel Park as they won 3-0 tonight.

The result impacts both ends of the table as first half goals, from Darragh Leahy, Keith Ward and Steven Bradley sealed Dundalk’s return to second place and even with UCD’s loss, Harps remain marooned in relegation fears, only off the bottom by goal difference.

Both sides came into this came desperate for the points albeit for very different reasons. Dundalk knew a win would elevate them back above Derry with the Candystripes not in action this weekend.

Finn Harps were looking to edge away from relegation rival UCD, with only goal difference keeping them from propping up the Premier Division table.

It was the hosts who began the brighter immediately piling on pressure and after some penalty box pinball, Darragh Leahy struck a thunderbolt into the net, the ball flying past Mark McGinley.

Two minutes later and it was 2-0. Patrick Hoban orchestrated the move as he played in the on-running Steven Bradley who unselfishly squared it for Keith Ward to calmly convert.

Ollie Horgan’s men won a few corners yet Greg Sloggett’s outstanding defensive intervention aside, didn’t muster much in the way of scoring opportunities.

Ten minutes before the break, Bradley was allowed to cut infield, and he unleashed a left-footed scorcher that effectively put the result beyond doubt.

The second half was somewhat of a procession for Dundalk as they sought a fourth. Ward struck the woodwork with an audacious chip whilst Hoban and Bradley combined well only to not score.

And so, Dundalk reclaim second spot for now. For Harps, UCD’s home defeat to Shelbourne was the only thing that went right all evening. This was a performance worthy of relegation form.

Both sides have a break from the league next week as their FAI Cup campaigns commence. Dundalk welcome Longford Town and Finn Harps host Bohemians looking for, if nothing else, a significantly improved showing from tonight.