Honours even in Tolka 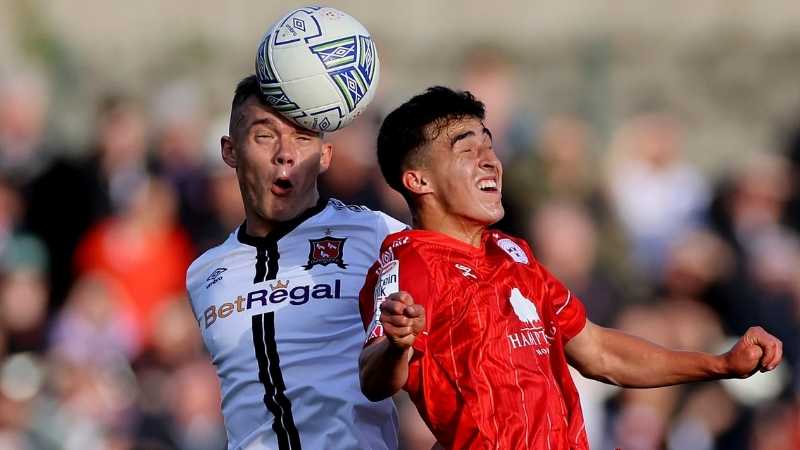 Despite both teams having chances to win the three points at Tolka Park, Shelbourne and Dundalk played out a scoreless draw.

While Shels had a big chance with just ten minutes remaining as Aodh Dervin nearly gave the home team the three points, Nathan Sheppard made a last-second save. The Lilywhites will regret the squandered opportunities, particularly from Robbie Benson and John Martin on either side of the half.

Shelbourne were the aggressors in the opening phases of the game, making the most of Tolka Park's width. Despite the early pressure, Shelbourne was unable to seriously test Nathan Sheppard in the goal. Dundalk then had an early chance with Stephen Bradley's low shot deflected for a corner as he got in behind the Shelbourne defence to give the visitors their first shot at goal.

The Lilywhites kept asking questions, and it appeared as though they would take the lead when Robbie Benson got through the offside trap and found himself one on one with Brendan Clarke. His well-hit effort appeared to curl past Clarke, but it ended up on the wrong side of the Shels side netting.

In the opening exchanges of the second half, Sean Boyd received the ball and broke down the left as Shelbourne attempted to put additional pressure on the Lilywhite defence. At one point, it appeared as though Boyd would have a chance on goal, but Paul Doyle made a crucial challenge to clear the danger.

Just outside the Dundalk area, Brian McManus also made a good effort, but Sheppard did well to dive down and make the save. David McMillan and John Martin both found themselves at the back post meeting the deep swinging cross, but they were unable to convert the golden opportunities for Dundalk.

When Aodh Dervin, a second-half substitution, got a good touch on the ball after Sean Boyd's great knockdown, the Reds almost had an opportunity to win the three points, but Sheppard did a fantastic job of blocking the attempt.

Shelbourne did well to withstand late Dundalk pressure, but Bradley and Ryan O'Kanes' final shots on goal were unsuccessful for Stephen O'Donnell's team.