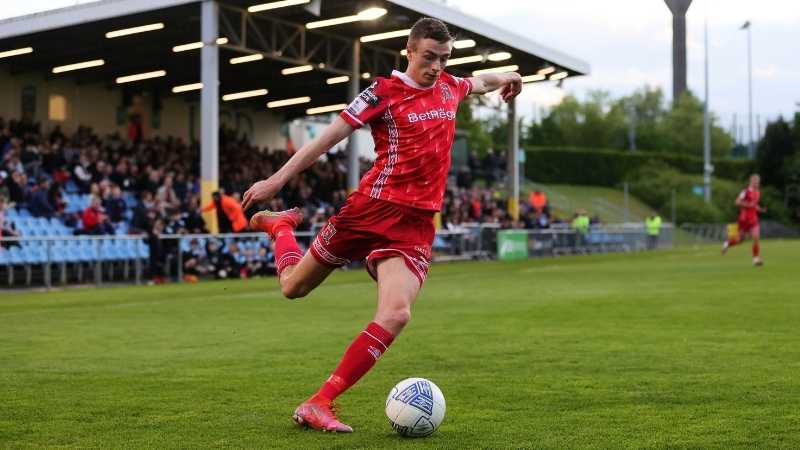 Dundalk extended their unbeaten run to six games with a solid 1-0 win away to second from bottom side Finn Harps.

Daniel Kelly was the matchwinner pouncing on Keith Ward’s cutback and lashing the ball home in the 52nd minute.

Stephen O’Donnell’s side started with the confidence of a team unbeaten in their last five games, a run that has seen them steadily march up the table. Ward, one of three changes from Friday night; was a constant threat from both set pieces and open play in the first half.

Ward orchestrated their best chances early on, ones which saw Kelly miscue with a poor first touch and Patrick Hoban, matchwinner in Derry, glance a header just wide.

However, relegation threatened Finn Harps bared their teeth. Eric McWoods was an attacking pest and his linkup with forward Yousef Mahdy threatened to undo Dundalk on the counter.

Kelly had the most glaring miss of the half though when he scooped over from six yards out. A minute later, he drew a save from Alan McGinley, but a stooping James Martin headed wide with an equally culpable miscue.

Yet Dundalk immediately amended their first half wastefulness, scoring just seven minutes after the interval. Lewis Macari burst forward from defence, his overhit cross was nudged back by Ward and Kelly lashed a shot past McGinley.

The second half descended into scrappiness, McWoods blazing over in the 90th minute, butchering the home side’s best opportunity. Dundalk posed an ominous danger on the counterattack, Robbie Benson, and Ward curling well wide.

So, an ugly but invaluable goal was the difference, earning Dundalk a pivotal three points before they host St Patrick’s Athletic this weekend. Their momentum is flowing at the right time as they hound down the top two. Finn Harps chase to avoid relegation remains very stationary right now.