Doyle delivers on the double for Saints 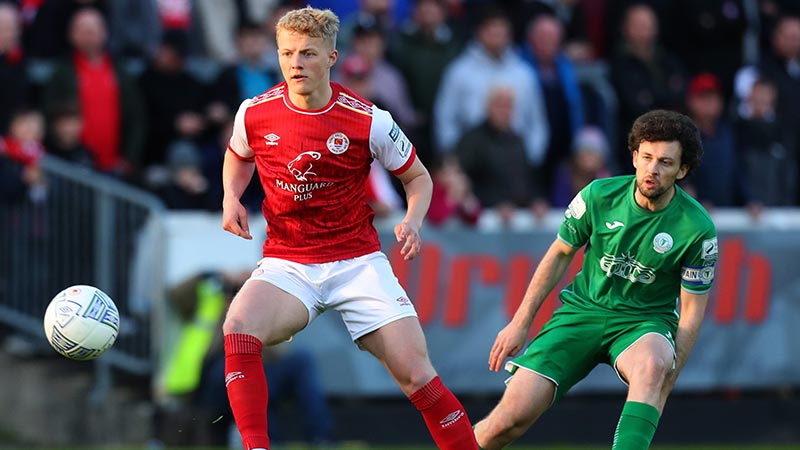 The win tops off a good week for the Saints following last Monday’s victory against UCD.

St. Pats took the lead when Eoin Doyle got on the end of a Billy King delivery to nod the ball back where it came into the near post.

The hosts doubled their advantage when Ethan Boyle was deemed to have fouled Joe Redmond in the penalty area. Eoin Doyle stepped up and made no mistake this time as he fired the ball straight down the middle to make it 2-0.

Finn Harps grew into the game as the second half and could have pulled one back when Mahdy was sent through, but his effort was well saved by Joseph Anang.

Mahdy would soon squander another big chance when the ball fell to him in the six-yard area, however again he failed to convert. St. Pat’s dominated possession throughout the game and Eoin Doyle could have had his hattrick when he had an effort whisk past the post in the 90th minute.

The win leaves Pats sitting in third, six points off second place Shamrock Rovers. For the visitors, the result keeps them in second last, three points ahead of UCD but, five points behind Shelbourne.

For the Inchicore club, it is a massive game against Derry City next Friday week when they meet at Richmond as they look to close the gap on the front two. As for the Ballybofey men, it is a crucial bottom of the table clash when they host Shelbourne next Friday night.