Lyons and Weir the difference for Drogs 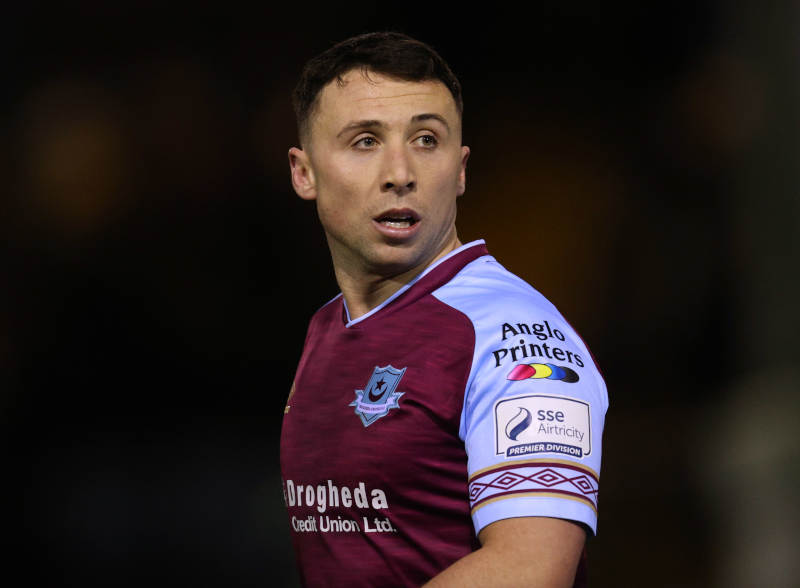 A second-half penalty from Chris Lyons and a late Evan Weir strike gave Drogheda a 2-0 win over UCD in South Dublin.

Lyons slotted home the penalty on the hour mark which stemmed from a controversial call that judged Sean Brennan to have handled a bouncing ball right on the edge of the area.

Weir wrapped up a massive three points for Kevin Doherty’s side with his volley from close range on 89 minutes.

It was certainly a game of two halves. The first was dull and saw both sides struggle to create anything of note.

The first-half wasn’t a good showing from the visitors and slight favourites who were especially flat, and Doherty wasn’t shy to express his frustration on the touch line.

The Dubliners were arguably the better side in the opening 45 minutes. They threatened with long balls but also made the Drogs look quite vulnerable at the back when they switched it up and strung some passes together.

Dylan Duffy on the left wing was easily the brightest Student, and he saw a number of half chances. The first shot on target though only came after 35 minutes when Lyons struck low for the Louth side but only into the safe hands of Lorcan Healy.

Doherty did something right with his words at the interval because Drogheda came out inspired, utilising more direct play to help create three excellent chances in the first 10 minutes of the second-half.

Lyons first went close with an outrageous effort on the volley from distance. Following on Drogs star man Dayle Rooney struck the bar from a free-kick and then Ryan Brennan missed a one on one moments after.

However the Claret and Blue got their golden ticket opportunity on the hour mark after Brennan handled a bouncing ball as he looked to break away from a Drogheda corner.

Lyons converted the penalty nicely Healy. From here Andy Myler’s side gained some natural momentum in chasing the equaliser, but chances remained a rarity.

It took Duffy to once again come to life for UCD to cause some sort of scare in the 84th minute as his dangerous left-footed shot from the edge saved well by Sam Long. Weir sealed the win with a volley from close range after the ball was scrambled into the area.

A vital win for Drogheda and more re-thinking to do for Myler.