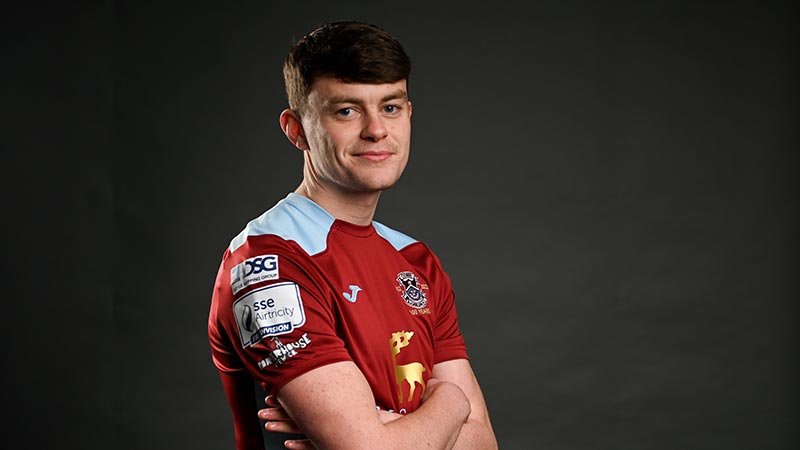 Waterford came from behind twice to defeat Cobh Ramblers 4-2 at the RSC in an entertaining clash this evening.

The visitors got the perfect start on four minutes through Jack Larkin. The former Waterford man managed to get in behind the defence from a long ball before beating Brian Murphy at his near post.

Waterford began to play themselves into the game and dominated the second quarter. Louis Britton in particular was a shining light for the hosts and nearly had them level in the 34th minute when his shot rattled the Cobh crossbar.

The Blues did get their goal a minute later through the in-form Phoenix Patterson. The league’s top scorer made a great turn on to his right foot before his shot fizzed past Cobh goalkeeper Sean Barron for his ninth goal of the season.

Parity would only last for two minutes however as Cobh regained the lead once more through Jack Larkin. Luke Desmond’s cross found Larkin who directed his header into the ground beating Murphy. The Waterford goalkeeper will be disappointed to let the ball go underneath his body.

Waterford started the second half much better and drew level in the 50th minute through Olawutunmise Sobowale who took advantage of some poor Cobh defending to roll the ball past Barron.

The goal gave the hosts a much needed confidence boost as they went on to dominate the second half. Patterson continued to be a threat down the left hand side going close on a couple of occasions but was denied by the impressive Barron.

The difference between the full-time and part-time teams became more and more apparent as the half went on as Waterford pushed for the winner.

That elusive goal came in the 79th minute through Britton with an excellent downward header to finally break the Cobh resistance.

Sub Callum Stringer’s right footed effort from 25 yards out sealed the points for Waterford to keep the pressure on Cork and Galway in the race for automatic promotion.