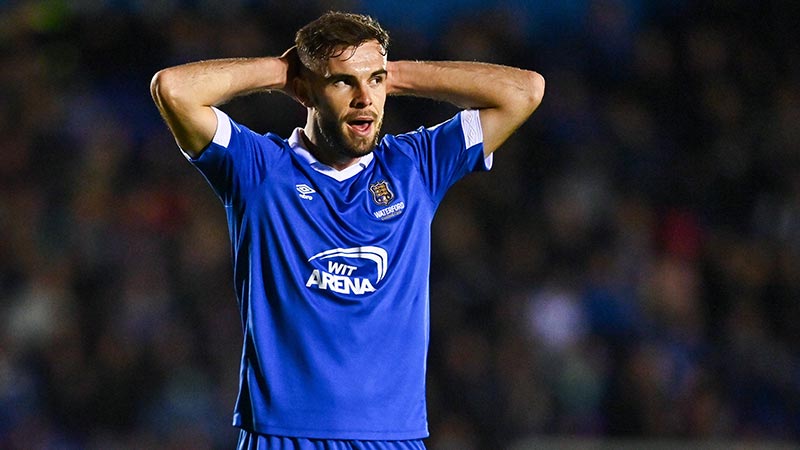 Waterford got their promotion push back on track with a 4-0 win over Cobh Ramblers at St. Colman’s Park.

The hosts started the better, winning an early corner before unleashing a flurry of strikes, none of which troubled Brian Murphy in goal however.

Waterford got the breakthrough on 28 minutes through George Forrest, completely against the run of play after the Blues caught the Cobh defence napping with a quick free kick.

The visitors got a replica of the first goal just before half time when Yassine En-Nyah’s free kick found Cian Kavanagh who’s glancing header made it to 2-0 to the visitors.

It was all about Phoenix Patterson in the second half as he bagged a brace for the visitors. The first came on 52 minutes as he took advantage of a Harlaib Mbayo mistake to get the visitors third of the night.

Patterson’s second came four minutes later when once again he capitalised on an Mbayo error before rounding Andy O’Donoghue to seal a comfortable 4-0 victory.

The result keeps Waterford in third place and five points off automatic promotion ahead of next week’s crucial game at home to second place Galway.

Cobh will have to pick themselves up quickly as Darren Murphy’s side go to Longford Town on Tuesday in the hopes of igniting their season.