Longford Town move up to third after win over Cobh 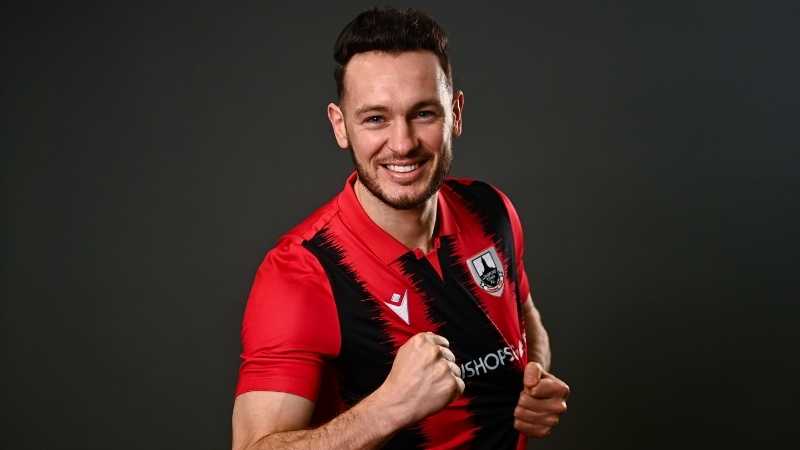 Longford Town moved up to third in the table but they were made work hard for this win by a dogged Cobh Ramblers side.

The visitors came close to taking the lead in the 16th minute but Brendan Frahill headed just over from a corner. Town took the lead in the 25th minute; Sam Verdon laid the ball off to Darren Craven who struck an unstoppable shot from about 35 yards out.

Luke Dennison was called into action in the 34th minute after confusion in the box allowed Beineon O’Brien-Whitmarsh through but the Town netminder did well to deny him.

Eric Molloy made it 2-0 to the home side in the 85th minute when he headed home from a corner and his celebration was better than the goal. He summersaulted his way over to the corner flag.

Both sides enjoyed a spell of good passing in the opening quarter. Conor Drinan broke down the field in the 15th minute and put a decent ball into the box but it was put out for a corner by Ben Lynch. From that corner Dylan Barnett deflected the ball out for another corner.

Ramblers had a great chance to open the scoring from that corner but Brendan Frahill’s header just went over the bar. Down the other end Sam Verdon should’ve put the home side ahead but he struck the crossbar with a shot from close range.

In the 25th minute Town opened the scoring with a stunning strike from Craven. Ramblers were unlucky not to get back on level terms in the 34th minute when Dennison saved from O’Brien-Whitmarsh.

The second half was a more cagey affair. Ramblers made a number of changes and those players made a difference. Town began to sit back and invite Ramblers onto them. On 49 minute Verdon did well to turn and play the ball across the box but there was no one there to take a shot.

Town doubled their advantage in the 85th minute when Molloy found the back of the net from a corner. Dennison pulled off an excellent point blank save from Ciaran Griffin to keep his goal intact in the 87th minute. The Town keeper has no kept four clean sheets in seven games.