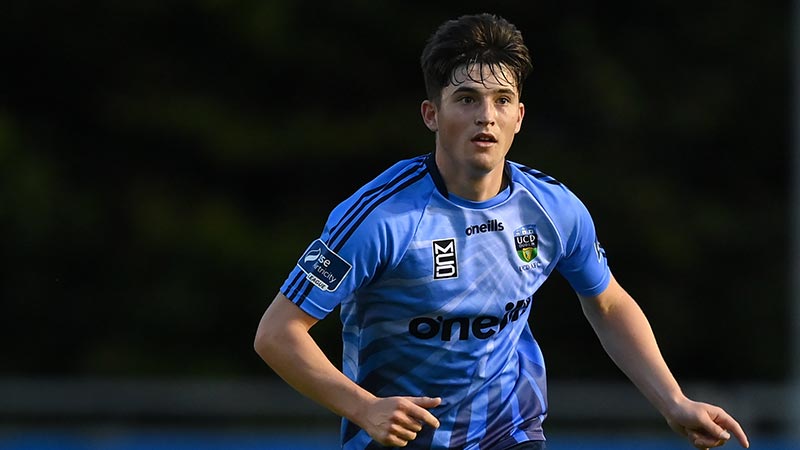 Colm Whelan grabbed a hat-trick for UCD, as they hit Wexford for six goals in the First Division at Ferrycarrig Park this evening.

In a game that Wexford will want to quickly forget, UCD made a brilliant start, thanks hugely to a mistake from their goalkeeper, Jimmy Corcoran, who was sent off in the second minute for handling the ball outside the box.

The resulting free-kick was put in the back of the net by Colm Whelan and this goal and man advantage set the tone for the entire match. UCD never really looked like conceding a goal, let alone the lead.

Wexford were resolute after losing a man, and while they weren't able to maintain possession, they weren’t threatened too much by UCD’s attack.

However, in the 35th minute, the substitute goalkeeper took down Whelan inside the area, conceding a penalty and ominously earned a first yellow card. The latter scored from the penalty spot to make it 2-0.

A few minutes later, a good move from the students found Eoin Farrell in space on the right wing and he whipped in a great cross for Mark Dignam to head into the net from a couple of yards out.

Within two minutes, UCD had scored again. Whelan played it to Liam Kerrigan, who used his knee to skilfully bounce it over the head of a defender and rifle his shot into the top right-hand corner. Kerrigan had another chance just before half-time from a similar area, but his shot was deflected over the crossbar.

The second half did not start much better than the first half for the home side, as a poor backpass from Doherty put the alert Whelan through and Sean Martin took him down. This earned Martin a second yellow card, as Wexford were reduced to nine men.

Whelan scored from the penalty spot, putting UCD 5-0 ahead with 35 minutes remaining. He followed that up ten minutes later with a powerful strike from outside the area to grab his hat-trick, and his eighth goal of the campaign.

As both teams made substitutions in the final twenty minutes, the attack-minded Kinsella-Bishop was impressive as he tried hard to make an impact on the game.

On this form, Treaty United will be wary of visiting Belfield next weekend as second plays third, with both teams now on 12 points.