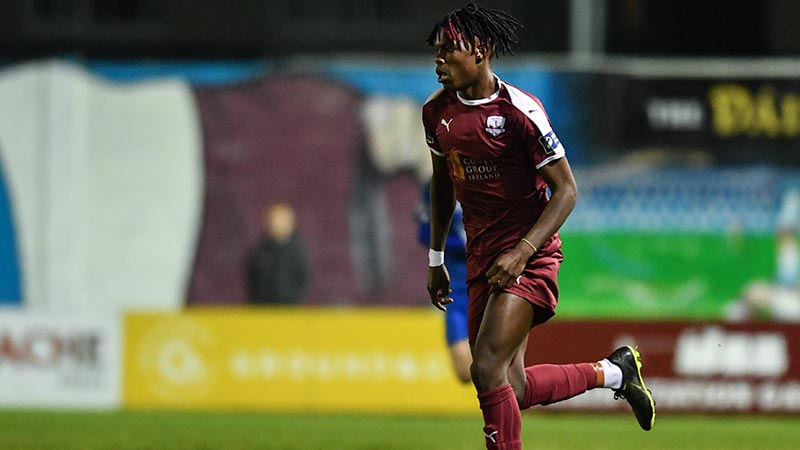 Galway United led the charge from the off in tonight's Match in the League of Ireland First Division in Eamonn Deacy Park; and that's how it played out as they leapfrogged Cabinteely to fourth spot with a 1-0 win.

The hosts had a flurry of set pieces and throw-ins causing mayhem in the Cabo box, before opening the scoring eventually in the 36th minute.

A mess up at the back saw Wilson Waweru slot home nicely into the visitors net for what was subsequently the only goal of the contest.

It was Galway’s match to lose from the start in a game where their opponents failed to work the Galway keeper. This was a good victory for and they win two on the bounce.

The Tribesmen started tonight's match on the front foot with efforts early on coming mostly from set plays, Corners and long throws getting intercepted or failing to beat the first man was a feature of the opening half hour, an issue that will annoy John Caulfield and his team.

Cabo defended these set pieces well but their long forward balls were failing to connect with the front men and the Galway pressure was starting to tell.

Wilson Waweru was a constant threat for United getting in behind, holding up the ball and pressuring the Cabinteely back line. All Wawerus efforts were rewarded in the 36th minute when a defensive mistake put him through on goal which he took excellently putting Galway 1-0 up leading into half time.

Pat Devlin had clearly seen enough at halftime making three subs during the break. The Dublin side came out with more hunger and energy in the second half but yet again failed to create any goal scoring opportunities.

This was the story of their game and as the second half rolled on the Westerners grew back into the game and wrestled back control, dominating position and the majority of the chances again.

Cunningham made a good impression off the bench for Galway leading the line well, replacing the goal-scoring Waweru late on.

Pat Devlin has a lot to do on the attacking front leading into Cabo’s next few fixtures as yet again today they were left needing a single goal to get back into the match, they have now only scored 12 goals in 12 games a stat that needs improving if they want to fight for promotion.