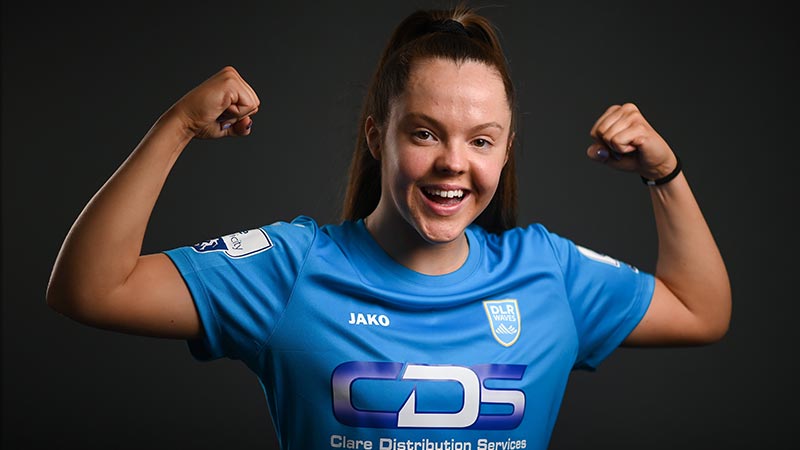 DLR Waves proved Friday the 13th can be lucky for some, as they sealed a quarter final spot in the FAI Women’s Senior Cup against Bohemians at Dalymount Park with a 3-0 win this evening.

Carla McManus showed just why she is up there as one of the most prolific strikers this season when she opened the scoring 20 minutes in, with DLR’s lead doubled by Rachel Doyle just after the hour mark; and supplemented to by Ciara Maher in the 93rd minute.

The result marks Bohemians fifth successive match played without a win and sees DLR’s cup hopes kept alive as they progress to the next round.

This was a fascinating game of chess, in that both outfits took a good chunk of the fixture to feel each other out. Bohs looked as if they were to shock onlookers and prove there was no substance to the Blues favouritism pre kick off, but then it all changed.

Jetta Berrill found McManus at the end of her searching cross in the box and the ex Kilkenny United star had no trouble slotting the ball into the back of the net with a cool finish to give DLR the 1-0 advantage heading into the break.

Doyle’s submission was equally as cool, calm and collected in the 66thminute when she powered home to see the tie through to 2-0, and despite the hill to overcome Bohs never gave up as the cavalry in substitution form rolled in.

The standout performer for the home team was Yvonne Hedigan who remained paramount at the back despite what the scoreline may suggest.

Late on  Ciara Maher added insult to injury when she secured Graham Kelly’s ladies the 3-0 victory to keeper Courtney Maguire’s despair and made the short trip across the city home quite an easy one with the note of an upcoming FAI Women’s Senior Cup quarter final in mind.