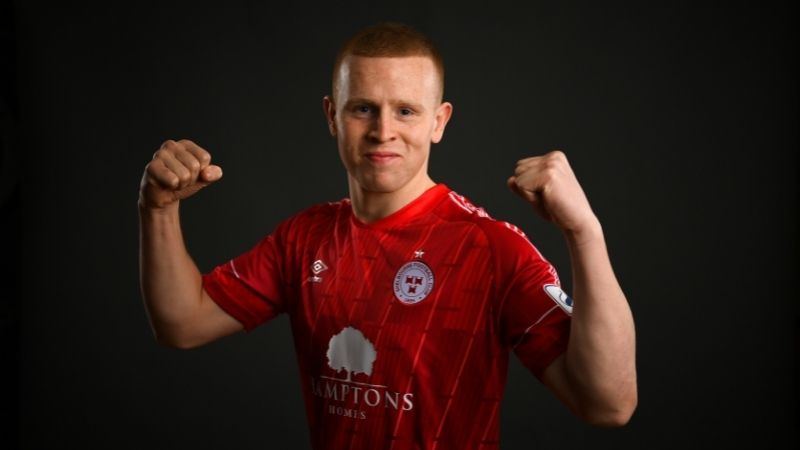 Three goals saw Shelbourne defeat Finn Harps at the third attempt after a 3-1 victory over the Donegal side this evening.

Gavin Molloy opened scoring for the Reds after he headed in an excellent Shane Farrell corner in the thirteenth minute.

Harps fought back and equalised through an Ethan Boyle header before the 20-minute mark.

Molloy ensured that Shels went into half-time ahead though, after he sent an excellent strike past Harps' 'keeper Gavin Mulreaney from outside the box on 37 minutes.

Shelbourne were the much better side in the second half and were rewarded when Jack Moylan hit in the side's third goal on 74 minutes.

The teams exchanged possession in the early stages of the tie, with neither really getting the upper hand.

Jack Moylan had the hosts first effort on goal but his strike was lacklustre and he pulled it left and wide in the second minute.

After winning two corners, the visitors registered their first real attempt before the tenth minute when Barry McNamee blazed his effort over from just outside the box.

Soon after, Shelbourne won their first corner of the game and struck gold when Gavin Molloy rose to meet Shane Farrell's excellent delivery and headed in the opening score.

Harps fought back through a set-piece delivery of their own when Regan Donelon's free-kick found Ethan Boyle in between two Shels defenders and he headed past 'keeper Brendan Clarke to level the game on 18 minutes.

Each side had a chance to take the lead in the following stages.

McNamee had an effort from the right denied by Clarke while Harps 'keeper Gavin Mulreaney did well to stop Luke Byrne's header just after the half-hour mark.

The Reds managed to get on top in the latter part of the half and put pressure on the visitors' area.

Jad Hakiki received the ball in the Harps' box and used his footwork to  lay it off to Gavin Molloy lurking just outside the box, who duly struck it past the diving Mulreaney for his second goal of the game.

Molloy and Moylan had efforts come close before half-time but the score would remain 2-1 to the hosts going into the break.

But that was the best chance the visitors would have in the second half as Shelbourne took control of the game.

Some excellent passing moves from the Reds opened up the Harp's defence on several occasions but attempts from Jack Moylan and Sean Boyd were stopped by Mulreaney.

Shelbourne would have to wait until the 74th minute to score a third when Jack Moylan was put through on goal and his strike secured victory for the Reds.