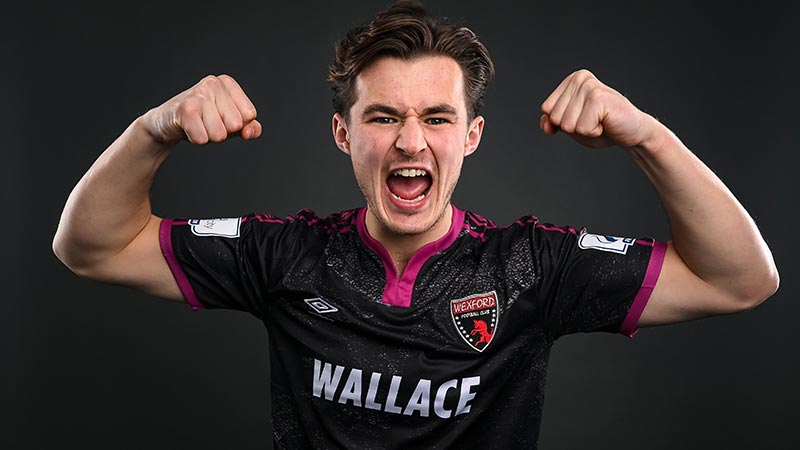 Aaron Dobbs scored one and made one as Wexford extended their unbeaten run to six games following victory over Athlone Town.

The Slaneysiders remain in the play-off spots with victory over the Midlanders at Ferrycarrig Park.

Dobbs put Wexford ahead in the 39th minute but Athlone drew level in the 73rd minute when Youri Habing scored with a spectacular lob.

Conor Davis made it 2-1 to the home side in the 83rd minute when he put away a penalty after Dinny Corcoran was fouled and in stoppage time Dobbs and Corcoran played a 1-2 with the latter finishing to the net.

The home side bossed the early exchanges. Harry Groome hit a fine strike in the seventh minute that was deflected out for a corner. From that corner Dobbs rose highest but headed it wide.

Thomas Oluwa had a great chance to put the visitors in front in the 18th minute but brought a fine save out of Wexford keeper Alex Moody.

Despite their possession the home side couldn’t muster up anything that would trouble Athlone netminder Mark Smith. Wexford were then dealt a blow in the 26th minute when Jack Doherty was forced to go off with an injury.

In the 39th minute Wexford opened the scoring through Dobbs; substitute Davis headed the ball down into his path and Dobbs coolly finished to the net. It was two goals in two games for Dobbs. In the 41st minute Harry Groome did well to cut out a chance for Oluwa.

Athlone were a better proposition after the break. Moody saved from Oluwa in the 61st minute and one minute later he got a touch to Daniel Dobbin’s effort, it came back to Oluwa but his shot was cleared off the line by Jordan Tallon.

The visitors were back on level terms in the 73rd minute when Habing spotted Moody off his line and lobbed him from distance. In the 83rd minute the home side went back in front through Davis from the penalty spot after Aaron McBride fouled Corcoran and in the first minute of stoppage time Corcoran sealed the win.