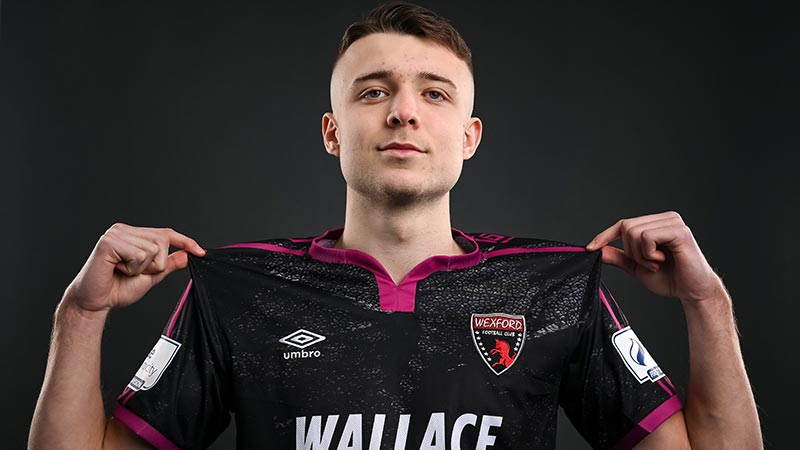 Athlone’s search for their first win of the season will continue after a 3-0 loss to Wexford in Lissywollen.

Athlone worked the ball well in this one, but didn’t finish their chances. Adam Wells, Dinny Corcoran and Jack Doherty all chipped in to give Wexford the points.

Athlone didn’t start this one all that bad. Thomas Oluwa, Carlton Ubaezuonu and Glen McAuley linked up well going forward to start.

Oluwa in particular found a lot of joy on the left hand side and in the 10th minute put a ball into the back stick for McAuley to finish, but he put it wide.

Wexford then started to come into it. Five minutes later, Jack Doherty lofted a ball to the back stick and Dinny Corcoran rose to meet it, but couldn’t keep his effort down.

Two minutes later Conor Barry played through Doherty and he was fouled on the edge of the area. He stepped up to take his own free and smacked the bar, brutally unlucky not to score.

Doherty and Barry linked up again in the 29th minute, with the former pulling it back to the latter who blazed his effort over in a very favourable position.

Athlone may have had a penalty shout in the 37th minute. Ubaezuonu ran through and Paul Cleary brought him down, but nothing was given. A minute later a game of pinball put Oluwa through one on one, but he was denied at point blank range by Alex Moody.

Wexford got the breakthrough on the brink of half time. Doherty was played through and squared it to Adam Wells, who made no mistake to make it 1-0.

Just under ten minutes into the second half Athlone missed their chance to equalise. McAuley found Oluwa at the back stick who had the goal gaping, but his effort was all wrong and he stood on the ball, eventually sending it wide. The chance wouldn’t come again.

It was sealed in the 67th minute. Luka Lovic displayed some good footwork and found Doherty, who played it to Corcoran for the finish.

Doherty got his reward in the 90th minute when he was played through and scored from a tight angle to wrap up his man of the match performance. This result keeps Wexford pressure on Treaty. Athlone on the other hand, are still searching for win number one this season.