Ireland suffer penalty heartbreak in European U21 playoff in Israel 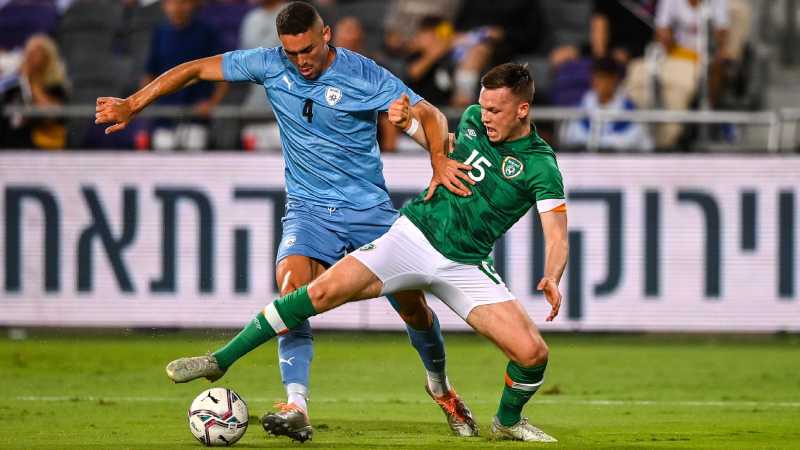 The Republic of Ireland U21s were denied their first ever qualification to the European Championships after they fell to a 3-1 defeat on penalties to Israel in the second-leg of a Euros play-off in Tel Aviv this evening.

Though Gil Cohen missed the home side's second kick, Eden Karzev, Peretz and Osher Davida all struck home to see their side progress to next summer's tournament.

The penalties came after Ireland withstood waves of Israeli pressure over the course of 90 minutes to see the game progress to extra-time, which saw the sides remain tied at 0-0 after its conclusion.

Israel started brightly at Bloomfield Stadium and passed the ball well to maintain control most of play from then on.

With Evan Ferguson benched due to injury, Aaron Connolly was Ireland's lone striker and the Galwegian struggled to get on the end of speculative balls from his teammates.

Though the Israelis enjoyed the lion's share of possession they struggled to break down a resolute Irish XI and didn't create a real scoring opportunity until the 32nd minute.

Among the players to drop down from Israel's senior squad for this important tie, Celtic's Liel Abada put Idan Gorno in on goal and Brian Maher made an excellent save to deny the scorer of Israel's goal on Friday.

Moments later Maher easily saved an attempt by Ido Shahar and then Oscar Gloukh pulled a shot from inside the Irish area just left of the post.

Abada was put through on goal after sloppy play by Conor Coventry gave Israel the ball back just before half-time, but Maher again saved though the attacker was then called offside, which may have been controversial had he scored.

Play opened up drastically after half-time as both sides went in search of the lead.

Ireland came very close to scoring minutes after the restart when Connolly curled an attempt inches wide of the right post after running at the Israel backline.

The home team had a golden chance when Eiran Cashen mistakenly chested an Israeli cross down to Abada outside the area and Maher was forced to parry away the winger's snapshot. The ball fell to the onrushing Gorno at point-blank range but the striker somehow missed the target.

Chances continued to come for Israel but they failed to hit the target on several occasions.

Ireland came into it more as the clock ran down though Connolly struggled to make the best of passes he received on the edge of the area.

Finn Azaz bolstered the Irish attack after he was subbed on and, combining with Will Smallbone, the Aston Villa forward forced a good save from Peretz with five minutes remaining.

Determined defending from Lee O'Connor saw two late Israeli breaks halted in the final minutes for the game to go to extra-time.

Tired legs on both sides saw the extra 30 minutes play out without much drama though Israel rallied late on to keep Jim Crawford's side on their toes.

Then came penalties where Ireland lacked the quality to beat the excellent Peretz, who single-handedly put an end Ireland's major tournament hopes.