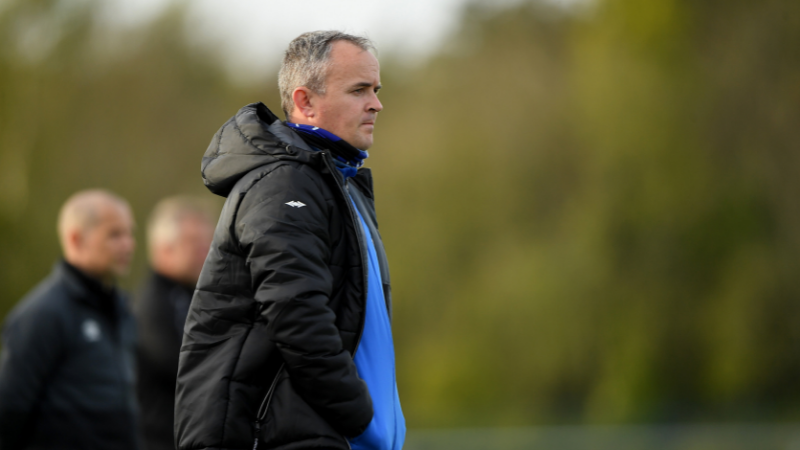 Athlone moved off the foot of the WNL table with a win over Treaty United in Lissywollen tonight.

A first half penalty from Emily Corbett and a late strike by Laoise Ó hAodha were enough to beat the visitors, who got a goal themselves through Gillian Keenan.

The first major talking point of this game came ten minutes in. Roisin Molloy found herself chasing a through ball and Treaty goalkeeper Michaela Mitchell came off her line to clear the danger. The 50/50 that followed resulted in the keeper taking down Molloy. A red card would’ve been hard to argue with, but as some Treaty defenders were covering Mitchell, the referee gave her the benefit of the doubt and showed a yellow. The ensuing free produced nothing.

Treaty thought they had taken the lead in the 24th minute but they were mistaken. Esra Kangal squared the ball to Jenna Slattery who tucked it away, but the ref ruled that there had been a handball in the build-up, so the goal didn’t stand. The Treaty players seemed bemused at the decision.

The breakthrough came in the 37th minute. Muireann Devaney, who looked good on the ball all night, burst into the Treaty area. She was taken down by Jesse Mendez, who left the official no choice but to award the spot kick. Emily Corbett stepped up to the duty and slammed the ball right down the middle into the roof of the net. It remained 1-0 Athlone until the break.

Athlone should’ve wrapped it up in the 49th minute. Laurie Ryan found herself through on goal with only Mitchell to beat, but opted to square it to Corbett. The pass lacked power and Mitchell simply scooped it up. While selflessness is an admirable trait, an effort on goal would’ve nearly wrapped the game up. This would not go unpunished.

Six minutes later and Gillian Keenan found herself on the end of a through ball and finished calmly to equalise. Based on what had occurred in the game so far, the scoreline seemed fair at this stage.

Athlone got the last laugh however and it was thanks to a nice bit of link-up play through substitutes Kellie Brennan, Aoife Haran and Laoise Ó hAodha. Brennan, on the edge of the area, moved the ball wide to Haran. Haran crossed and Ó hAodha met the cross the make it 2-1 Athlone. That proved to be all she wrote, with Ó hAodha’s strike winning it for Athlone, giving them their second win of the season and moving them off bottom place in the WNL, leaving Treaty bottom.