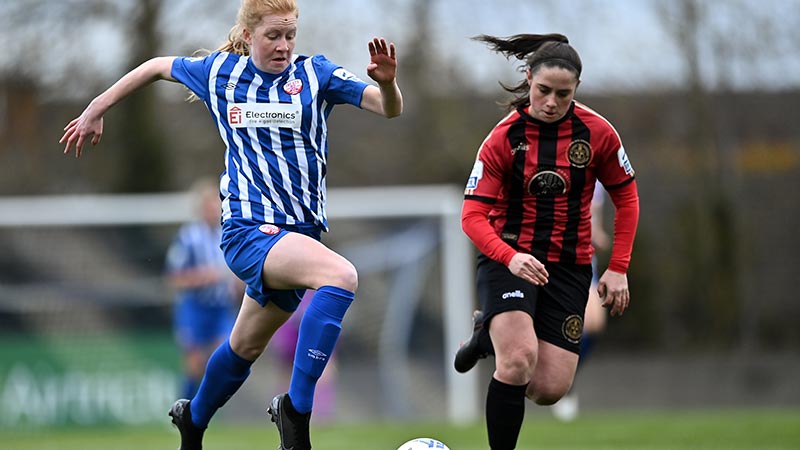 2020 will go down as an historic year for both Athlone Town and Treaty United as they participated in the Woman’s National League for the first time but there will be no room for nostalgia in their second seasons.

Both teams will be hoping to kick on and make their mark on the league this season despite opening day defeats last weekend.

This is expected to be a competitive game for both teams as Athlone Town finished only a single point above Saturday’s opposition Treaty United last season.

It was a promising start for Athlone Town in the Women's National League last weekend. Tommy Hewitt's new look Women's side opened up with a 2-0 defeat at home to Shelbourne but will be very happy with the performance against one of the league favourites. The average age of the midlands squad is just 20 years-old, one of the youngest in the division.

They now turn their attention to hosting Treaty United. Athlone Town’s latest signing Laurie Ryan, an Ennis native, is relishing the prospect of competing in the Women’s National League for the first time after a chance discussion with her former club Lifford saw the former Clare GAA star put in touch with the club.

Treaty were left to rue a poor start as Bohemians WFC ran out 6-2 winners of their opening day Women's National League fixture at the Oscar Traynor Centre on Saturday. Meanwhile Athlone were on the receiving end of a Pearl Slattery early goal of the season contender for Shelbourne proving how hard they can be to crack.

Athlone Town, meanwhile, come into this second season off the back of a solid debut campaign hoping to maintain their league finish ahead of their opponents this weekend, Treaty United.

However something big is being built at Treaty United with star players Emma Costello, Michaela Mitchell and Cara Griffin having all re-signed for the Limerick side.

However the Treaty United ladies still have to work on the defensive side of their game as Bronagh Kane scored twice in the space of 37 seconds to fire Bohemians to the top of the Women’s National League for the first time in their short history following an opening-day victory over Treaty United at the Oscar Traynor Complex.

Aoife Cronin and Shannon Parbat had briefly given the Limerick side hope after going 4-0 down, but Aoife Robinson applied the clinical finish late on.