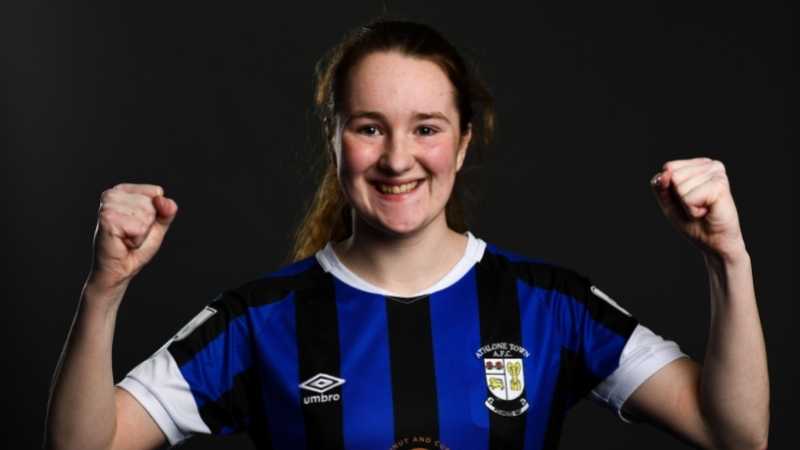 Athlone Town earned their first win of the season with a 3-1 win over Galway WFC at home today.

A Gillian Keenan brace as well as a free kick from Kelsey Munroe did the job for the town. Aoife Thomspon looked like she had put pressure on for the final 15, but Athlone held on.

This wasn’t a very action packed first half, but Galway seemed to have most of the chances. Chloe Singleton found a lot of joy on the right hand side and sent crosses in during the first twenty, but no one was taking advantage of any of her attempts.

Athlone perhaps got away with some poor set piece defending in the 23rd minute when Emma Starr sent in an in-swinging cross that was not dealt with and ended up hitting the post.

The closest chance of the first half came on the brink of half time when Jenna Slattery worked her way into the Athlone box and got a shot off. Her effort dipped just over the bar however.

Galway looked like they had taken the lead in the 53rd minute when Emma Starr got on the end of a Shauna Brennan cross and nodded in. The flag went up, but it was a ridiculously close call. Galway might have a reason to feel hard done by.

It came back to bite them. Ten minutes later, they did not deal with an Athlone corner and the ball fell to Gillian Keenan who hammered it in at the near post. Perhaps against the run of play, but Athlone to their credit took the first big chance that came their way.

Another ten minutes passed and it was 2-0. Kelsey Munroe off the bench hit a left footed free well out on the right and it dipped over Ronayne in. It looked like the points were sealed.

But barely 60 seconds later this was back in the balance. Singleton aggressively won the ball out right and sent in another cross, which was nodded home by Aoife Thompson to set up a grand stand final fifteen.

Galway failed to kick on though and were punished in the 86th minute when a through ball from another sub, Kellie Brennan, found its way to Keenan. Keenan chipped Ronayne to get her second and Athlone win number one on the year.

Athlone travel to the capital next to take on DLR Waves. Galway will look to bounce back v Treaty.