Galway and Athlone tied in WNL 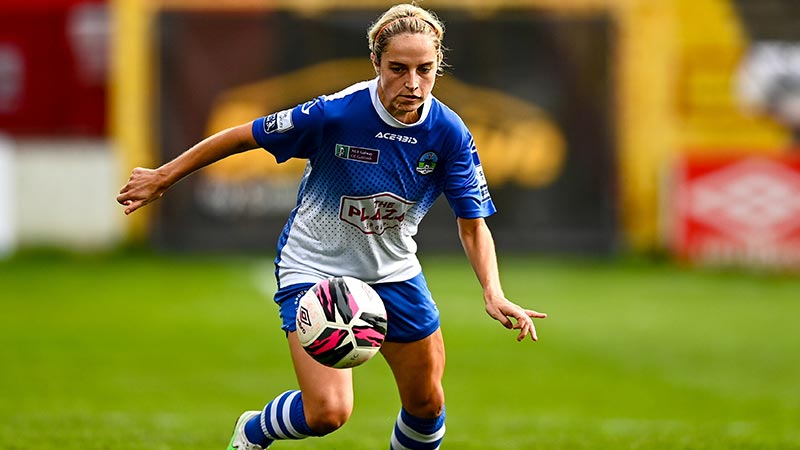 The WNL game between Galway WFC and Athlone Town finished all square in Eamonn Deacy Park this evening, a penalty and an own goal the only marks on the scorecard.

Kellie Brennan bagged a goal in the 20th minute to open the tally, with an own goal deflected off Chloe Flynn surfacing in the 69th.

While both sides pursued the all important winner, in an action packed affair; it never appeared meaning the fifth and seventh placed outfits both receive a share of the spoils.

The Tribeswomen dominated the opening exchanges, with captain and Irish international Savannah McCarthy to the fore of their efforts.

There she came to blows with Athlone Town maestro and powerhouse Muireann Devaney, the Leitrim woman often linking up with the in-form Roisin Molloy.

Brennan was the one to notch the first fatal strike however, a ball over the top delivered by Devaney seeing her win and convert her own spot kick.

The hosts had opportunities to equalise via Abbie Callanan, Julie Ann Russell and Lynsey McKey but the score remained tipped in The Town’s favour come the interval.

While arguably more skilful, Galway’s midfield was outworked by their Midlands opponents and even though they enjoyed the lion’s share of possession Athlone continued to hold tight in defence.

They only came undone twenty minutes from full time when a McKey shot was blocked by Abbiegayle Ronayne, the resulting corner yielding a ping pong scuffle around the box before ricocheting off Flynn and into the back of the net.

Nearing the conclusion tension ramped up in the ground but neither were able to capitalise on some superb passages of play to become ultimate victors.

Bohemians the only team to now split the duo in the table, the point benefits Athlone greatly in that they will now draw even with The Gypsies if they fall victim to Shelbourne tomorrow.

For Galway on the other hand it further cements their fifth accolade and turns a hopeful spin on one of their last games of the season.